I’ve probably lamented about this already, but summer is not the easiest time to watch birds. If they’re around, they are hiding in trees and taking care of their babies. Otherwise, they’ve left the area for cooler climates and won’t be seen again for several months.

That means that I see the same birds over and over and over again . . . Tufted Titmice, White-breasted Nuthatches, Carolina Chickadees and Eastern Phoebes. They’re all black, white and gray. Everyday birds.

As I studied Acts 6:1-7 this week in preparation for our family Bible study, I was struck by the seven men selected to take care of the Hellenist widows. They were chosen because they were full of the Holy Spirit and of spiritual wisdom. Besides that, they were mostly ordinary, everyday guys.

Two of the men became famous in New Testament terms. Stephen, the first on the list, was the first believer martyred for his faith. His martyrdom came shortly after he was chosen as one of the seven. If fact, the story is recorded in the same chapter.

Philip became an evangelist. He was the man the Holy Spirit took to the desert to lead the Ethiopian eunuch to faith. And, he’s mentioned in Acts 21 as a companion of Paul’s. He’s even credited with establishing churches in Egypt.

The other five––Procorus, Nicanor, Timon, Parmenas, and Nicolas from Antioch––are never mentioned again. They were ordinary, everyday people that God used for service to the early church.

The more I watch the everyday birds, the more I’ve seen their personalities come out. Nuthatches like to climb down a tree head first.

Phoebes are constantly bobbing their tails up and down.

Titmice have a feathered tuft atop their heads which they can smooth out when they want. The more I watch, the more impressed with them I become.

God uses everyday people all the time. Sometimes, we don’t notice what they do because they don’t call attention to themselves. But, God uses them in a mighty way.

We’ve focused a lot recently on who our essential workers are––doctors and nurses, grocery store staff and delivery drivers. The list is long. God uses people, everyday people like you and me.

Everyday birds. Everyday people. All to the glory of God. 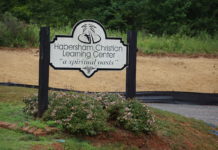 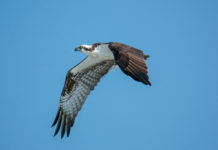 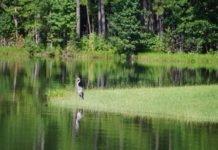 Confessions of a Rookie Birder: Majestic birds in flight 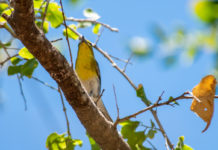 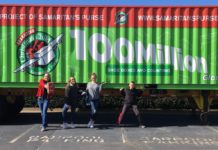 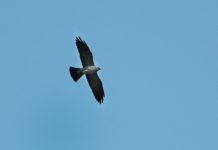