In the past month, we’ve had several severe weather warnings. During each of those warnings, the birds’ behavior at our feeder changed dramatically.

Usually, lots of different species flock to our deck to eat. They take turns. They wait their turn for food. Once they’ve eaten, they fly off and will return later for another bite, leaving room for others in their absence. It’s all very civilized.

But, during the severe weather warnings, the birds’ behavior changed. The larger birds, like the Cardinals and the Red-bellied Woodpeckers, took control. They placed themselves atop the suet block and pecked at any other bird that came up. The little birds, like the Nuthatches, the Titmice, and the Chickadees waited below to pick up the seed that fell on the deck. They couldn’t get to the food source. And, the quantity of birds who wanted to eat increased during the warnings.

I’ve never thought about the term “pecking order” as having anything to do with birds. Until now, that is, when I saw the larger birds actually peck at the smaller birds to drive them away.

So I looked up the origins of the term “pecking order” online. According to DiscoveryMagazine.com, the term was coined by Thorleif Shjelderup-Ebbe, a young Norwegian, who studied chickens for years. He found that the chickens ranked themselves in ways that could be seen as predictable: “The rankings emerge from squabbles over food, and when a chicken finds itself defeated in a dispute, it will forever submit to the winner. Each member of the flock understands who ranks above and below it.” Those with power reminded the other chickens of their status by painfully pecking at their bodies. Possibly most interesting is that he found that the concept of hierarchical status was inherited, not learned.

The birds’ behavior I watched was brought about by stress of coming storms, the push for survival, and the urge to be prepared. I kept thinking about the old adage, “the survival of the fittest.” And the hierarchy of at least larger over smaller was obvious.

Stress affects us the same way. We tend to get self-focused and self-protective. Stress can cause us to lose patience with people, and to treat others meanly. Stress has divided us into groups based on how we react to issues that affect us. And hierarchy has become an acceptable status in work and society.

Sadly, I’m afraid that we often act like chickens . . . who are not known for the size or activity of their brains.

I pray that God constantly reminds us that we are under His provision and care, that He is our safe place in times of stress, and that His strength is available to all of us!

Before God, there is no hierarchy of position. In Christ, there is no pecking order. Maybe that’s the reminder we all need as we continue to deal with stresses we’ve never encountered before. 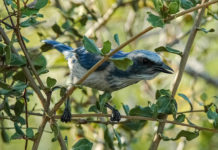 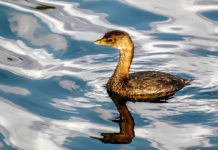 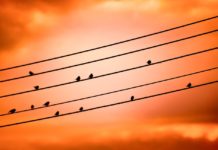 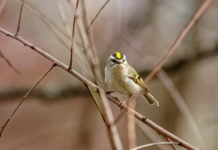 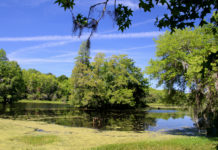