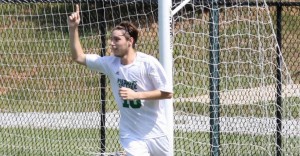 Freshman Chase Kane put two goals up on the board for short-handed PC earlier this afternoon in a 2-0 victory over the hosting Hawks of Huntingdon College for yet another USA South win.

Montgomery, AL – The Piedmont College men’s soccer team overcame early adversity on the way to a 2-0 shutout of USA South foe Huntingdon College Saturday away from Demorest. The boys in Green and Gold saw a defender shown a red in the opening five minutes playing down a man for more than the 85 remaining, but had no trouble dispensing of the hosting Hawks courtesy of two goals from freshman goalscorer Chase Kane.

Piedmont looked to be in for a long day when an early foul and a red card shown put the Lions in a man-down situation the rest of the way with junior goalkeeper Kenneth Hearn facing a penalty kick situation in the 4th minute. However, Hearn came up with a dramatic save on the PK hit to his right with the rebound put wide by the Hawks as the Lions netminder kept his team alive with the save.

Now carrying all the momentum, Piedmont turned the dramatic step up from its keeper into a ever so important 1-0 lead when youngster Chase Kane absolutely throttled a header past Huntingdon keeper Eathan Small in the 6th minute. The header from Kane came on a service from fellow freshman Ryan Herbert who is tied for the league lead in that category with his six this season.

Holding the 1-0 lead through halftime, Piedmont would be content to salt away the minutes on the clock trying to constantly adjust its team shape to account for the missing man in the 11. However, under the leadership of Head Coach Jimmy Stephens who has coached more than 260 college games on the men’s side, Piedmont was in secure hands despite the adversity doing well to turn away 11 shots by the Hawks, including five in the second half alone.

The goalscorer Kane would work his way back into the minds of the fans making the short trip down to Montgomery when he scored his second goal of the afternoon tabbing a 65th minute strike that dented the Huntingdon net for a 2-0 lead.

With Matthew Metzger getting the assist on the Kane goal that put the game out of reach, Piedmont needed no more insurance to get the big win they needed on the road in USA South play. The Lions would go on to win 2-0 with Hearn getting the win in goal to move to 7-8 as a starter this season, his first season as a starter with more than six wins to his name.

With the win, Piedmont improves to within one win of pulling to an even .500, sitting now at 7-8, but the win is a key one in USA South play as the Lions are now 4-3 in league action with three games to play. The 12 points is the most by the Lions in any season as a USA South member and the 7th win overall is the first time the boys from Demorest have surpassed six wins in a season since 2011.

The Lions will stay in league play the rest of the season facing a key back-to-back pair of USA South contests next weekend with both games coming at Walker Athletic Complex. First up will be a Friday afternoon contest against Greensboro on October 24 with kickoff set for 2:00 pm with the Lions turning around 24 hours later to host visiting Averett University the following day.

Both matches will be aired live on the Mane Event Broadcasting Network. 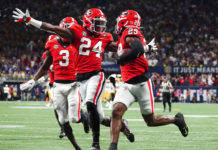 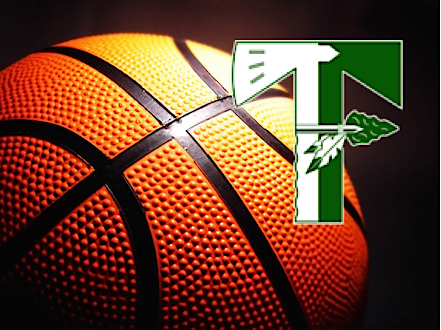 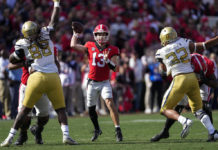 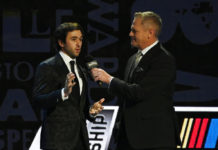 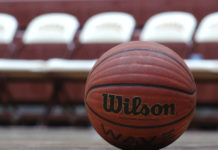 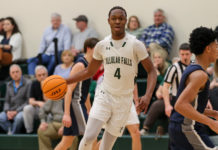