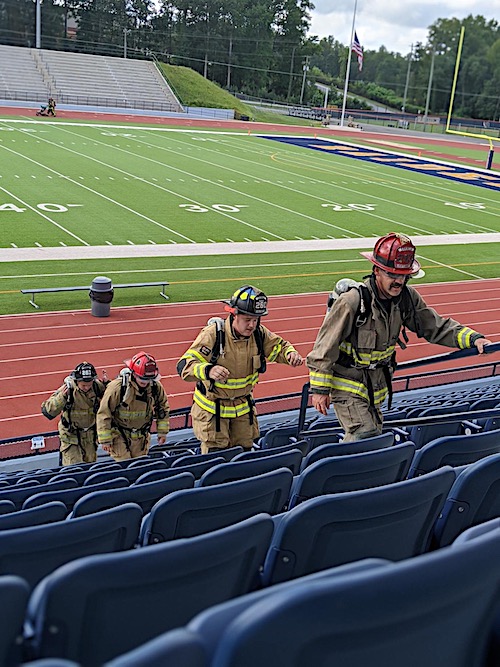 The 19th anniversary of the 9/11 attacks on the United States came and went quietly. While some paused to pay their respects and remember, the day was mostly overrun with news of politics, pandemics, and fires. But not at Raider Stadium in Mt. Airy. There, in the stands above the 50-yard-line, firefighters in full gear repeatedly trudged up and down the stairs as recordings of radio traffic from that fateful day played in the background.

They walked the equivalent of 110 stories – the height of the World Trade Towers – to honor the 343 firefighters and other public safety personnel who died on September 11, 2001.

Cornelia volunteer firefighter Daniel Purcell says hearing the voices of those who were never seen or heard from again drove home their sacrifice. “They left their lives on the ground and climbed as high as they could to save others.”

In a tribute to the fallen firefighters, Cornelia Fire Marshal Josh Hazle says “these men and women made the ultimate sacrifice. The least we can do is honor their memory.”

Life in Motion: Take a seat 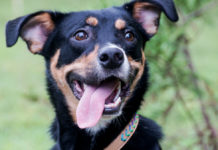 Life in Motion: A Call to Prayer 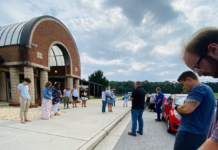 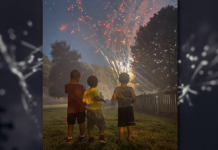 Life in Motion: ‘Cause, baby, you’re a firework 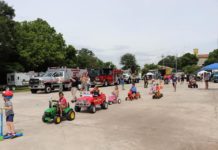 Life in Motion: Kids on Wheels