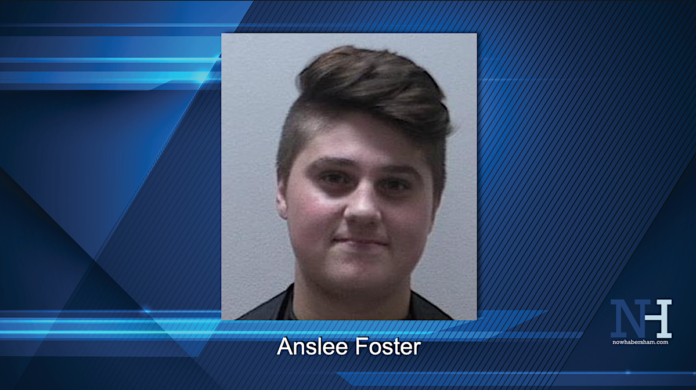 Anslee Danielle Foster will spend the rest of her life in prison following sentencing on Monday in the murder of Christopher Eldreth.

Judge Chan Caudell sentenced Foster to life without the possibility of parole plus 30 years for burglary and auto theft in Habersham County Superior Court.  The judge handed down the sentence on Dec. 6 after hearing evidence and arguments from prosecutors and Foster’s attorneys.

In July, the 24-year-old Foster, formerly of Clarkesville, pled guilty to Eldreth’s murder.

The 36-year-old Eldreth, who had muscular dystrophy and was legally blind, was found dead in his apartment at 846 Straight Street in Cornelia on September 29, 2019. An autopsy revealed that he had been stabbed multiple times and died of blunt-force trauma to the head.

During the investigation into Eldreth’s murder, Foster admitted to entering his home through a window that she opened. She told the Georgia Bureau of Investigation that she saw the victim asleep in his bed and left his residence to go to a relative’s house, where she got a hammer.

According to the Habersham County District Attorney’s office, Foster then returned to Eldreth’s home and hit him in the head with the hammer, stabbed him with two knives, and broke the hammer and knives in the process. She also admitted to stabbing him with a fork.

Following the murder, Foster, who was 22 years old at the time, stole a truck and fled the state. She was arrested at a homeless shelter in Myrtle Beach, South Carolina, on September 30 and was returned home to Habersham to face the charges against her.

In addition to the life sentence, Caudell sentenced Foster to 20 years for burglary and 10 years for theft by taking of a motor vehicle. All sentences will be served concurrently.

After Foster’s arrest, Eldreth’s sister-in-law Haley Eldreth told Now Habersham, “Our family is grieving with the thought that someone could break into his home and do something so horrendous to someone that was not able to defend themself.”

The GBI assisted Cornelia Police with the investigation.

This article has been updated with new information.

Child among 4 injured in GA 365 crash near Stephens County

Last week to vote ahead of May 24 primary

One lucky duck will swim away with $1K in cash