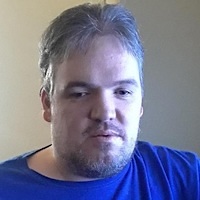 A memorial service was held Friday evening, October 4, for a disabled man who was found murdered in his home in Cornelia. 36-year-old Christopher Elderth was found dead in his apartment at 846 Straight Street on September 29. He had been stabbed multiple times.

The service will be held at 7 p.m. at Whitfield Funeral Home’s South Chapel in Baldwin. The family will receive friends from 5-6:45 p.m. on Oct. 4 at the funeral home prior to the service.

Elderth, who officials say spelled his last name differently from his family name of Eldreth, is survived by his mother, three sisters, and a brother.

His sister-in-law Haley Eldreth says her brother-in-law had muscular dystrophy and was legally blind. Officials have not given a motive in the slaying but Eldreth says it appears to have been a burglary gone bad.

“Our family is grieving with the thought that someone could break into his home and do something so horrendous to someone that was not able to defend them self (sic),” Eldreth tells Now Habersham.

22-year-old Anslee Foster of Clarkesville is accused of killing Elderth. She was arrested at a homeless shelter in Myrtle Beach, South Carolina, on September 30 and was returned home to Habersham on October 3 and booked into the Habersham County jail. Arrest records show she is charged with murder and a felony probation violation.

According to officials and family members, it appears to have been a random crime. “We don’t believe he had a relationship or knew her [Foster] since he very seldom left his home unless he was under our care,” Eldreth says. “We suspect that she was trying to take what little he did have but he caught her in the process and it went downhill from there.”

Foster is being held in jail without bond.

Eldreth says the family appreciates all the thoughts and prayers they’ve received and says they have no hard feelings against Foster’s family adding, “this is a choice she made but our hearts are truly broken.” 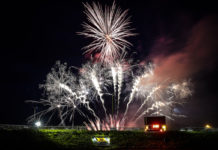