The first thing to say about this remake of West Side Story is that fans of the original are not going to be disappointed. This is a wonderfully faithful adaptation and it also brings its own sensibilities to make it a standout.

The second thing to say is director Steven Spielberg’s treatment brings the same amount of vibrancy, exuberance and pathos as the 1961 Oscar-winning classic.

The remake stays true to the story and its settings in 1957 New York and it centers around the two gangs known as the Jets and the Sharks who fight and dance and dance and fight over their respective turfs.

In between both rival factions stand two kids named Tony (Ansel Elgort) and Maria (newcomer Rachel Zegler) who meet at a dance and instantly fall in love. Maria’s older brother Bernardo (David Alvarez) strongly opposes it due to Tony’s association with the Jets.

The rest of the movie bounces between sensationally choreographed sequences that oftentimes feel extemporaneous and help advance the story. There’s also a great deal of character development even amongst the supporting characters so that when something happens, it carries weight and validity to make us care.

It felt great to be seeing a remake that was brimming with spirit, heart and soul instead of just feeling like a retread.

Elgort and Zegler are both greatly cast in their roles and they embrace the material wholeheartedly. Their musical numbers are heartfelt and their love story equals the original and, in some ways, surpasses it.

Spielberg has proven he can tackle any genre with his sure-handed touch regardless of his blockbusters such as E.T., Jaws, Jurassic Park or Indiana Jones. He also proves he can handle more personal, intimate stories such as Schindler’s List. Once again, he scores a monumental triumph.

Arbery killers get life in prison; no parole for father, son 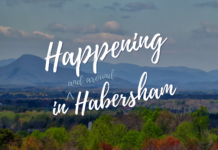