Penning the Baptist Faith and Message, honoring alumni, and savoring delicious cupcakes were all part of Truett McConnell University’s 75th Anniversary celebration during the first chapel service of the fall semester.

The momentous occasion commenced with new faculty signing the Baptist Faith and Message, a demonstration that began in the fall of 2011. The public signing demonstrated their individual and corporate commitment to, and belief in, the confession as adopted in 2000 by the Southern Baptist Convention.

Following the public signing, Dr. David Drake, Director of Alumni and Church Relations, addressed the crowd by recognizing alumni who graduated from Truett McConnell in the late forties through 2020. Many graduates stood as each decade was announced, including “pioneer” Virgil “Junior” Hunt from the class of 1949.

The chapel audience then heard from Dr. Emir Caner, President of TMU, as he shared how the foundation of the institution, despite the turmoil that was going on in the world during that time, was prayer and true biblical rest.

Referencing Hebrews 4, Caner said, “You will never find rest if you try to find it in this world. True rest isn’t about the joys of this world but finding satisfaction in the God who created you in His image, for His purpose that you would know Him and then make Him known.”

Concluding with verse 11 and 12 of Hebrews 4, Caner explained that Israel fell from the promised joy of God because of the disobedience of unbelief.

Caner continued, “The only way to find rest is to be diligent and trust fully in God’s word.”

As he closed, Caner said, “the greatest way to celebrate these 75 years, is to glorify the King of Kings, the Lord of Lords, the only One who can give you rest.”

Following the service, Marty Carnes, Associate Vice President of Advancement, addressed those in attendance with an opportunity to continue the legacy of Truett McConnell’s founders with a donation commemorating the 75th Anniversary.

To learn more about this giving opportunity, visit truett.edu/give75. 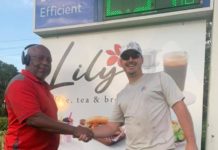 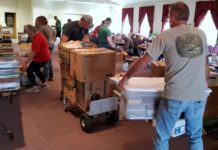