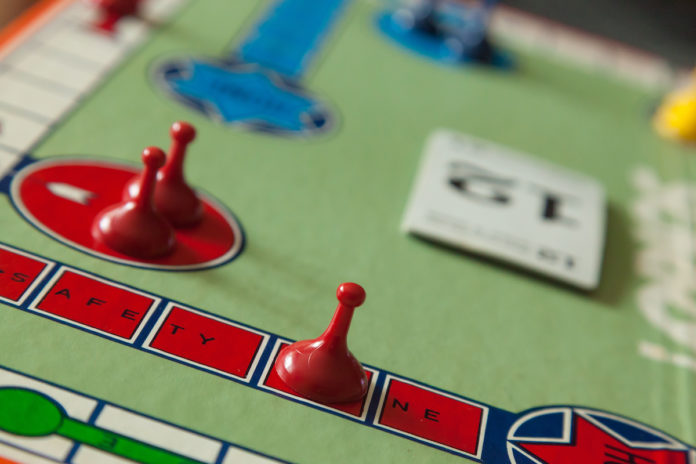 There are many shortcomings I possess, which I admit are my fault. I talk too much, and I overdo and underthink most of the time. I don’t clean under the sofa often and don’t turn off the lights as I should. There are many more flaws, but the editors only give me so much room in the newspaper.

However, two of my shortcomings are not my fault; I inherited them from my ancestors. If my family’s DNA were tediously sifted through, scientists would find a lineage of stubbornness and competitiveness stronger than any physical trait yet seen in laboratory testing.

My great-grandmother, Mollie Sparks, was known to be the most willful woman born in the hills of Tennessee. She could put her foot down like no one else. If an earthquake shook the world, her size four shoe was not moving off the ground.

My father and I would snicker when my mother would declare, “Grandmother Sparks was the most stubborn woman I ever knew!”

We laughed because mama was exactly like her grandmother, except she wore a size eight shoe. Mama also exhibited an added dose of competitiveness, inherited from Mollie’s daughter, my grandmother, whom we called Grandpa.

Many competitive and gifted famous folks are in the academic and sports worlds. International Academic Members and Hall of Famers would squirm in their competing seats if they faced the lady known as Grandpa.

She was a skilled Scrabble player, but she either threw away the rules or lost them at some point. We all learned to play Scrabble by Grandpa’s Rules. It never occurred to us that there was another way to play. And, Lord knows, if we had known there was another way to play, we would not have told Miss Also Stubborn Grandpa about it. She might have thrown her size seven shoe at us!

Once, when I was on a trip with three friends, we found a Scrabble board in the house we rented, and we decided to sit down for a friendly game.

After a few minutes, Michele asked, “What kind of Scrabble are you playing, Lynn? This is sure different from how I learned to play!”

“Well, the only way to play Scrabble is to use Grandpa’s rules!” I responded.
I am unsure how I convinced three others to play the same way, but I did. I think you see the stubborn gene didn’t fall far from the heritage tree, right?

Whether we played Scrabble, Rook, or Sorry with Grandpa, she played with a fierceness that would make Tiger Woods weary. She could out fish anyone and outsmart most of us, and she would never forfeit a game to a beloved five-year-old to be nice. No, she was going to teach us that those who win, win fair and square.

We all inherited her competitive nature and loved a good challenge. Mama became a champion golfer after playing for only three years. She also could trump anyone in a Bridge game (though she was not likely to beat Grandpa at Rook). I couldn’t match either one’s abilities, but I did learn a far more valuable lesson by observing these priceless women.

Watching their skill and determination, as well as their stubborn and competitive natures, convinced me I could achieve almost anything if I put my size six shoe down.

All who know me know I am stubborn and competitive. I once apologized for these characteristics, but now, I simply say, “It’s not my fault!”

And truth be told, I am not sorry. I am filled with gratitude for these exceptional women who believed they could accomplish anything if they worked hard enough. They never once assumed they couldn’t win a game, couldn’t handle a problem, or couldn’t achieve a goal.

Every night, after Grandpa had caught all the fish for the day, hoed in her garden, cooked three square meals for the family, and beat us all in a final game of Sorry, she sat alone to read her Bible before going to bed.

“Grandpa, how many times have you read the entire Good Book?” I asked her one time.

“Well, shoot, I reckon, dozens.” She declared without any fanfare.

“What have you learned?” I questioned.

“Well, I reckon I learned how to live. I learned I could handle any ole’ problem, achieve almost anything I set my mind to, and I would win if I only believed. My mama taught me the Bible held all the answers, so I just keep on looking for ’em.”

Sometimes the answers to the questions on how to play the game of life are not so far away. They are given to us by those who walked in extraordinary shoes before us, and the Good Book still shows us how to play by the rules.

Lynn Walker Gendusa is a writer in Georgia and the author of the new book “Southern Comfort.” Read more of her work here. 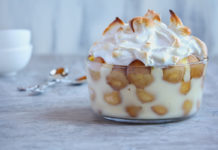 The banana pudding on the windowsill 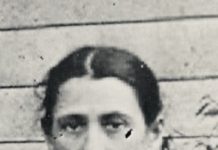 Searching among the heroines 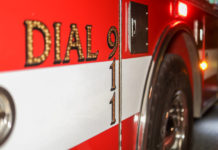 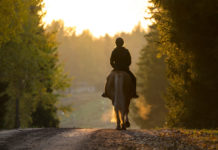 Happy trails to you 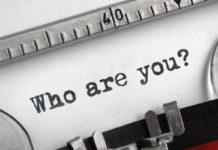 Our showdown with life 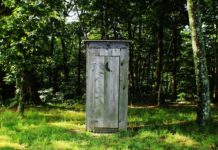 Between the outhouse and the cherry tree