Phoebe Groves may only be seven years old, but she has already had her share of triumphs and victories. Phoebe was born with a cleft palate which was surgically corrected. What her parents couldn’t imagine was that she would also face being blind.

Her mother Jessica shares that, even as a baby, Phoebe had roving eye movements, something medical experts have termed “nystagmus.” Jessica says, “When she began to crawl, Phoebe kept running into things. I knew something was not right.”

By the age of two, doctors suggested that Phoebe might have an extremely rare retinal disease called Leber Congenital Amaurosis (LCA), a genetic disease that affects only two or three children out of every 100,000. The doctors could only give Phoebe’s parents the bad news. If she did have LCA, Phoebe’s future seemed pretty bleak –– she might die by the age of 11 from kidney problems caused by LCA, she might be completely blind by the age of 3, or she might have degenerative eyesight issues.

Jessica kept pushing the doctors for testing and a definite diagnosis. When a blood test was finally completed, Phoebe was diagnosed with degenerative eyesight and had only about 10% vision, a loss of 90%, at that time.

Jessica began looking for ways to help her baby. She enrolled Phoebe in Babies Can’t Wait, Georgia’s early intervention program that provides a variety of services for children with special needs. There, Phoebe received specialized assistance in learning to manage her blindness. Jessica also found Sisu (formerly Challenged Child and Friends), an integrated learning program in Gainesville. Phoebe completed that program when she was three and a half, but she still remembers the activities and the horse she was able to pet there.

While at Sisu, Jessica arranged for “Elsa,” the beloved princess from the movie Frozen, to come to Phoebe’s third birthday party. Phoebe loved the surprise and loves dressing up in princess costumes herself. In fact, when she took me on a tour of her bedroom, she opened her closet door and a dozen or so princess dresses peaked out from one side.

Phoebe can only see peripherally; she sees nothing in front of her. In fact, as she sat on the sofa talking to me, she could see her mother Jessica out of her left eye and me out of her right at the same time. To focus on something up close, Phoebe has to bring the object up to the side of her eye, just inches away from her face.

As Jessica saw Phoebe’s limited range of sight, she decided to begin teaching Phoebe to read braille at the age of three. With ideas she saw online from other parents who were working with children who were blind or had limited sight, Jessica began helping Phoebe create braille cells using a muffin pan for six muffins and Playdough. Together, Jessica and Phoebe worked at creating individual braille cells as Phoebe put Playdough balls into corresponding muffin cups.

Jessica calls Phoebe’s ability to read braille her superpower. “Braille is a completely different language,” Jessica says. “It’s a lot to learn and Phoebe’s done really well with it.”

Phoebe works daily at school with Dr. Robin Skelton, who serves as the Teacher for Blindness and Vision Impairment for Habersham County Schools. Dr. Skelton says, “Braille is actually taught in two ways. The first is uncontracted, meaning the learning reads by identifying one letter at a time. The second is contracted, which is more difficult because it requires learning a set of symbols that represent words.” Phoebe can now read in braille and read normally in class. Dr. Skelton shares that Phoebe has learned enough braille now to be considered multi-lingual.

Because Phoebe’s sight is so limited, her other senses are heightened. She has a high sense of touch, which allows her to feel the different dots and their positions in each braille cell. Jessica says Phoebe’s sense of touch is also seen when she rubs her arm against something or if someone touches her too hard.

Phoebe participates in regular classes at Fairview Elementary School in Demorest, and her grades from the first grade were above average. She does need help in adapting the way she sees things in the classroom.

One of those is a magnifier that Phoebe uses to greatly enlarge a handout or something written on the board so she can see it.

Jessica has also learned to adapt experiences for Phoebe. For example, at Easter, Jessica ties a colorful balloon to each Easter egg that is “hidden” in the grass for Phoebe to find. The balloons help Phoebe find eggs that she would be unable to find hidden in the grass and bushes.

This year, Phoebe decided she wanted to participate in child beauty pageants. Her first was the Miss Mountain Laurel Festival Pageant in Clarkesville. While Phoebe often uses a cane to help her around unfamiliar places, she refused to cross the stage with one. She and Jessica both had a scare when they realized how short the stage was that the pageant participants would walk across. Without being able to try the stage out in advance, she worried about walking off the end of the stage without being able to see the stage’s edge. She managed to safely get across it.

One of Phoebe’s favorite things this year was to go to summer camp. She rode a chartered bus from Macon to Waycross to attend the Lion’s Club Camp for the Blind. That was just the beginning of her first-time experiences. She excitedly told me, “I got to sleep on the top bunk, AND there was someone sleeping on the bed under me!” At the end of camp, Phoebe was awarded the “Courage Award” for overcoming her fear of canoeing. Phoebe emphasized, “We were canoeing in a swamp full of alligators! It was so much fun!”

Phoebe loves animals, especially her personal pet guinea pig and the family’s two dogs. “Clearly I love to play with the dogs,” she said, “they’re just so sweet!” She introduced me to her guinea pig personally, as she hugged it and rubbed its fur. Her heightened sense of touch seems to have found its happy place with animals.

Phoebe is a bright, happy, energetic and gregarious child. She’s never met a child who wasn’t a friend. When she rode in the Mountain Laurel Festival Parade, children kept calling out to her by name. When I left, we shook hands and then she gave me a huge hug. Phoebe’s a child who loves life and seems to tackle successfully whatever comes along.

After spending time with Phoebe, I’m convinced she has a second superpower –– she is courageous! She loves to try new things, even a climbing wall at summer camp. She has the courage to try, to push through difficulty, and to go beyond what people think she can do. And she has the ability to find true joy in every opportunity and every accomplishment.

Dr. Skelton describes Phoebe as a “little fireball” who doesn’t balk at doing something she doesn’t know how to do. “Whatever it is,” Dr. Skelton says, “she will figure it out. She may do it in her own way, but eventually, she will work it out.” Apparently, nothing holds Phoebe back.

Kelley Duncan works at Fairview Elementary and has become one of Phoebe’s many admirers. “Phoebe is a child living in a big world,” Duncan says, “but she lets nothing get in her way of living life to the fullest each and every day. She may not even understand how serious her vision impairment is, but she doesn’t let it be a crutch or a barrier.” Duncan looks forward to seeing Phoebe at school because Phoebe always shows up happy to see her. “She’s so kind, so gentle, so patient,” Duncan says. “Everything to her is beautiful. She’s just amazing!”

When asked if she had any last thing she wanted to say, she nodded her head emphatically and said, “No matter how blind you are or not, you’re always special! So keep on trying and never give up!”

Yep, she has superpowers so I guess that makes her a hero. At least she’s mine! 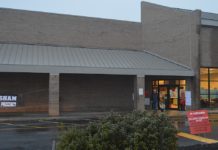 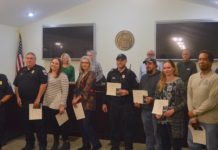 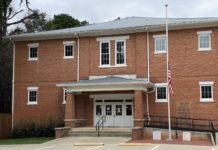 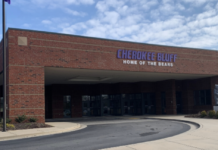 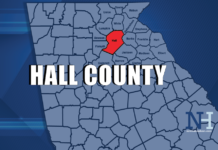 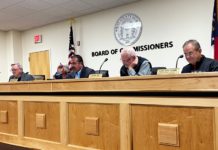