When watching a favorite movie, we find ourselves connected with the characters, fascinated by the visual effects or even repeating the scripted lines word for word after seeing the film a hundred times.

For Phillip Simmons, a 2016 Truett McConnell University graduate, what fascinates him is the score – the instrumental masterpieces that tell a story without the need for words.

A score is composed

Music has been a part of Simmons’ life since early childhood. “My parents started me on private piano lessons when I was three years old,” he recalled. “I loved playing the piano and listening to music as a child.”

“I remember one evening, when I was five years old, watching Star Wars: The Empire Strikes Back for the first time with my family,” he said, replaying that moment in his mind. “What immediately stood out to me, was the music. At that young age, I didn’t quite comprehend the idea of what a composer was, but I knew that I wanted to be able to make sounds like that.”

From then on, it became his passion to create his own music. At age eleven, the youngster began composing his first piece, describing the arrangements as “very elementary” due to his lack of training in composition.

During his early teenage years, intrigued by many of the orchestral scores of his favorite composers, the young musician studied the scores and essentially learn how to write efficiently for the orchestra. “Until I came to Truett McConnell,” Simmons revealed, “I was a self-taught composer.”

“When I first started at TMU,” he shared, “I was a music major with a concentration in piano.” Simmons had plans to become a music composition major, and, even though the university did not offer this major, he felt God leading him to TMU.

“I knew that even with a piano degree, I could work on honing my skills as a composer, and that one day, I could obtain a graduate degree in composition,” he affirmed. “What I didn’t realize, is that God was already working during my first semester.”

To Simmons’ surprise, he was told that the School of Music would soon be hiring a new professor to teach composition.

Simmons, still beaming from this memory, shared, “I couldn’t believe what I was hearing. My dream of working as a composer in college was going to come true! I was filled with thankfulness at God’s provision and faithfulness. That experience taught me that, even if things don’t seem to be going your way, it is always best to follow God’s direction.”

“After all this time,” the graduate said, “I still believe God’s plan for my life is to have the opportunity to compose music and use it to proclaim His glory.”

Simmons credited many of his TMU music professors for teaching him the correct methods needed to enhance his love for orchestral composition. Under Dr. Becky Lombard, Dean of The Felix Manz School of Music and Professor of Music and Fine Arts, Simmons said, “I learned the importance of a disciplined practice method: to maintain consistent progress as a musician, it is essential to have a disciplined practice life.”

“When I changed to a music composition major,” he added, “it was under the tutelage of Professor Dennis Allen, Assistant Professor of Worship and Church Music.”

To his time under Allen, he credited as “the most valuable period of musical instruction and camaraderie I have had in my life. Under his direction, I learned many things about composing music for different ensembles, using the voices of the orchestra to speak in their appropriate registers to obtain maximum impact from the orchestra, writing for choirs and how to utilize proper voice leading in a modern setting, approaching multiple styles in composition from jazz, to rock, to classical orchestral styles and everything in between. But above all of the classroom work, was the bond we shared as writers.”

“Even today,” he added, “I can call on him to offer his professional opinion on one of my projects. He is a trusted advisor and friend.”

Round trip to Dublin

After Simmons graduated from TMU, he began the process of applying to a graduate school in Dublin, Ireland. “My chosen degree was an M.A. in Scoring for Film and Visual Media,” he shared. “The school accepted me, and I left for Ireland at the end of August [2016].”

He described how God’s provision played a huge role in his ability to study abroad. “Up to a week before I was supposed to leave the country, I had no way of paying for the year of school and the cost of living in Ireland, but because of God’s provision and the faithfulness of His children, the solution to my every need was provided.”

While in Ireland, Simmons composed music for films, commercials, radio shows and other forms of media. The year-long educational opportunity prepared him to come back home and continue a career as a composer for ﬁlm and visual media.

Now that his studies in Ireland have come to an end, Simmons plans to start working on Georgia produced film projects. “I hope to work with the Atlanta Symphony Orchestra in the future to record scores for films. I also plan to establish a studio in the Atlanta area for which I will be able to hire other composers and producers to work on films produced in Georgia.”

With the state of Georgia being highly sought-out to produce feature films, Simmons shared, “I have built many relationships in the film industry over the past year, and I look forward to working with them in the future.”

Currently, Simmons continues to work in his church music ministry as Director of Instrumental Music.

Bach, Handel and Mozart have all been attributed to not only being brilliant composers – but inspired by deep spiritual convictions clearly portrayed in their music.

As Simmons steps into the secular world of film and media, his main focus is to continue uplifting the name of Christ in all he does. His composition company, PAS Music, a namesake of the composer (Phillip Arthur Simmons), provides original orchestrations created by Simmons.

He declares, “Music is significant to the believer and the lost alike. By using music, a connection is instantly opened between any group of humans. In my own life, this has made people accessible for me to talk to about their beliefs on the gift of music and whether they see it as a gift from God or a work of their own accord. This presents a perfect opportunity to share the gospel.”

“I very strongly believe that music is a very effective tool for sharing the gospel,” he added. “Everybody loves music.” 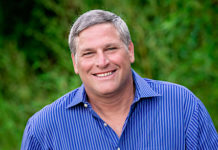 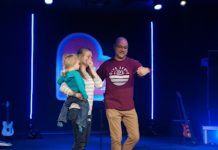 The Bridge Church donates over $115K to help people in need 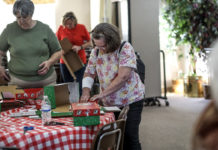