(Cleveland)- Students and first responders braved heavy rain Wednesday as they participated in a disaster drill at Truett McConnell University in Cleveland. The scenario involved a school bus loaded with students crashing into a truck.

The mass casualty drill gave TMU nursing students a chance to practice what they have learned in the classroom in a real-life scenario. They had to immediately respond and treat a variety of medical conditions.  Local police, fire, medical and CERT volunteers joined them.

White County Public Safety Director David Murphy said there were some concerns about the weather, but, adds the rain made the training exercise more realistic.

“It don’t matter if it’s sunny, sunshine, rain, snow, ice or high winds, whatever, [these situations] occur  at all times so it’s good to exercise under these conditions.” 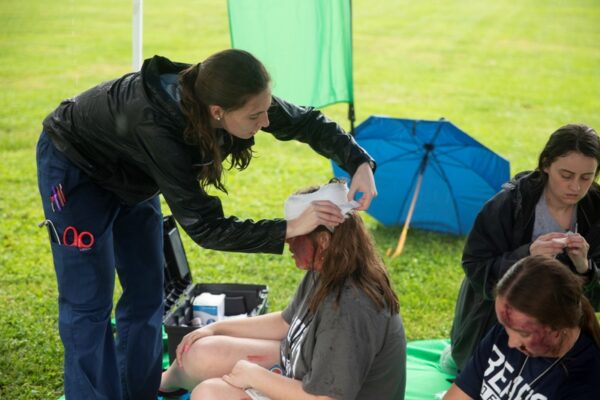 “The victims have been doing an excellent job playing their part. The nurses are staying on track and doing all the protocol that they have learned in classes,” Gregory said as the mock drill unfolded.

“We were not told what the event was, but I knew we would be prepared because of our training,” said Keel. “I was excited going into the drill because we got to put all we have learned to the test. My job was to care for the green triaged victims. I stopped bleeding, stabilized impairments, and assessed for further needs. I also helped EMS.” 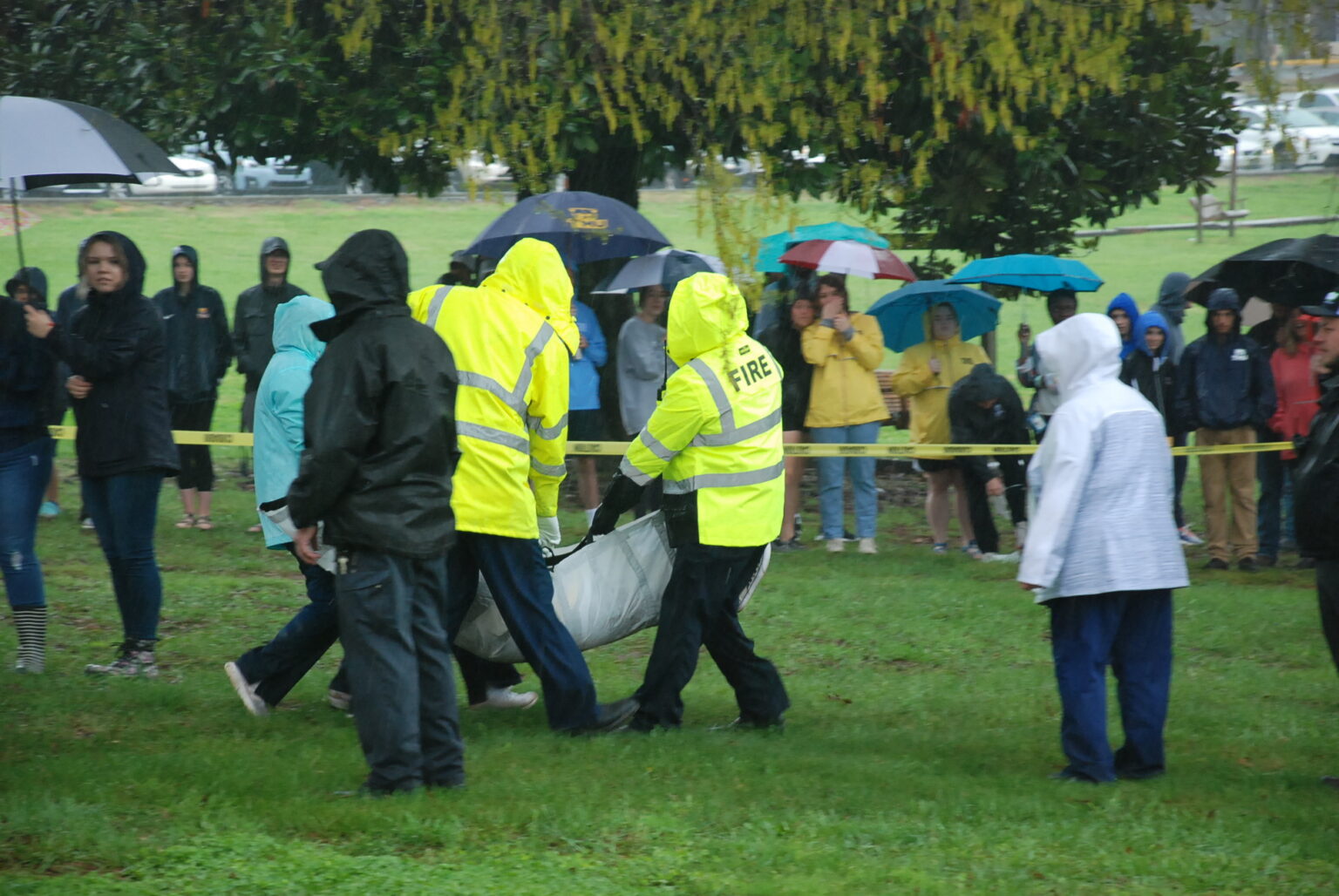 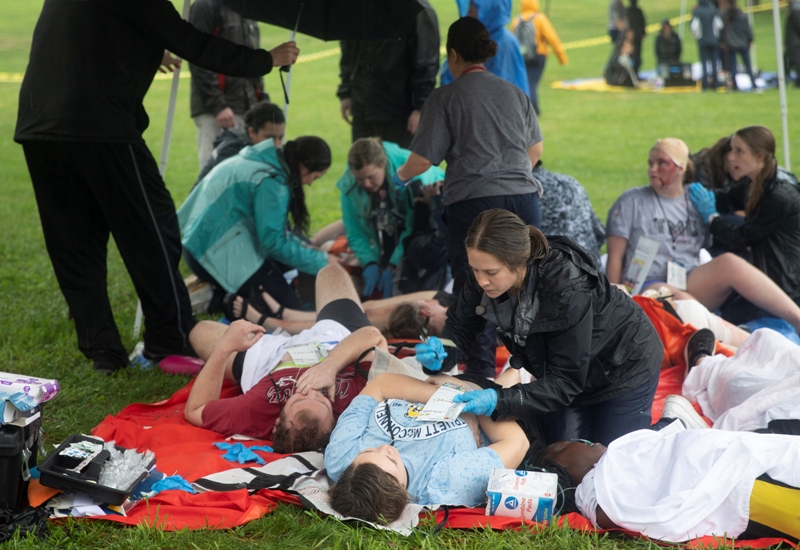 Grace Dinn, who played the role of a nurse in the yellow (delayed) zone said, “I was able to experience how first responders and medical personnel work together to save the greatest number of people with a limited amount of resources. Everyone did an amazing job working together with clear communication, critical thinking, and staying calm in order to meet every need on that field.”

Leigh Ammons, TMU’s Assistant Professor of Nursing, came up with the idea for the simulation, which has been planned for many months.

“We are extremely proud of how they handled themselves prioritizing patient care and remaining calm in a stressful situation,” says Ammons.

The drill was part of Disaster Preparedness Week on the campus. Piedmont College in Demorest held its mock disaster drill on March 24. 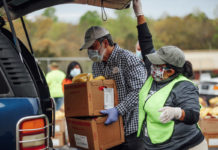 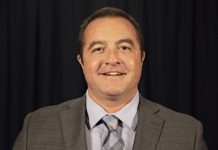 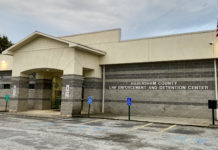 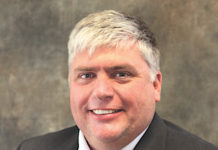