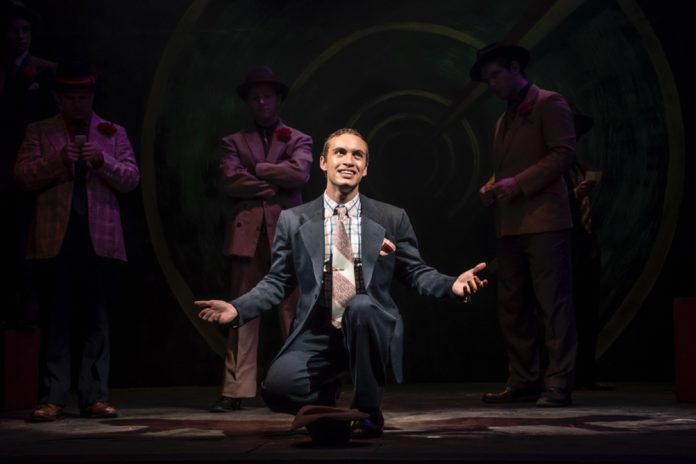 “All the world’s a stage,
And all the men and women merely players:
They have their exits and their entrances;
And one man in his time plays many parts.”
-from Shakespeare’s As You Like It

Even as theatrical venues across the country have gone dark, Clarkesville native, Lawson Lewallen, continues to play many parts by fulfilling his dreams, providing entertainment, and helping others. Where there’s a Will (Shakespeare) and a passionate thespian, there’s a way to ensure the show goes on!

Lawson recently launched All in Theatrics, a virtual theatre company delivering live productions via Zoom. His second venture, The Shakesqueer Theatre Project, will be performed on February 12 and 13, featuring some of the Bard’s most famous tales including, Romeo and Juliet, Hamlet, and Ophelia. 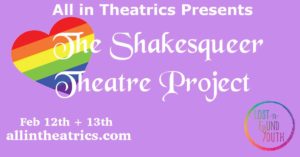 In Shakespeare’s time, 17th century English ideas of sex and gender, the legal rights of women, and the social expectations of femininity all played a significant role in the way that theatre was performed. In addition to other legal restrictions, women’s primary ambitions were predominantly confined to marriage, childbirth, and homemaking. During that period, men played all of the roles in Shakespeare’s work brought to the stage. Lawson’s project puts a modern-day twist on that premise with each story featuring same-sex couples.

Coordinating with actors across the country, overcoming the technical challenges of bringing a production to life via Zoom, and creating the energy and magic that feeds off contact with your fellow actors and the audience even when you aren’t together, is a huge undertaking but one that comes as no surprise to those who know Lawson.

Jeremy Bishop, his drama teacher from Habersham County High School, acknowledged Lawson’s abilities in their productions. He is also grateful when former students continue to pursue meaningful work even in extremely difficult situations.

According to Mr. Bishop, “I was fortunate to have the opportunity to direct Lawson for three years in high school, and we did a number of plays in that time. Guys and Dolls certainly stands out as a favorite. Lawson is a talented vocalist, but his comic acting as Nathan Detroit, a largely non-singing role, really grounded our production as a heartfelt work of comedic brilliance. I think Lawson brings value to everything pursues. He doesn’t do anything halfway.”

Apparently, that drive and determination developed at the tender age of six.

“I loved movie musicals including Mary Poppins, The Wizard of Oz, and The Sound of Music but when my mother took me to my first ‘live’ production of Peter Pan at the Habersham Community Theatre, “It was magic to me and I knew from that moment on that is what I wanted to do more than anything,” Lawson says.

As mothers tend to do, Lawson’s nurtured his passion. She drove him to acting lessons in Buford, Georgia, once a week and supported him through professional projects in Atlanta and, later, was also the driving force in helping navigate auditions in New York for Broadway musicals, commercials, TV, and film projects at the ripe old age of 10. By the time Lawson was ready for college, his mom helped find the most effective schools for nurturing his dreams, giving him the foundation he would need to succeed.

His first acting experience was The Life and Adventures of Santa Clause with the Habersham Community Theatre.

“I remember having a blast getting to play ‘pretend’ with my friends.”

Lawson has been having fun playing with his actor friends ever since and refers to all those hours of rehearsal and performances as “playtime.”

There have been many performances over the years while with the HCT, HCHS, and with professional companies including the Monomoy Theatre in Chatham, Massachusetts, the Atlanta Lyric Theatre, and at the Hartt School, a performing arts conservatory in Hartford, Connecticut, which is where he met fellow student actor, Megan Gwyn, his collaborator on the upcoming production, The Shakesqueer Theatre Project.

“She pitched the idea of a cabaret type show to me back in October. It was a way to create art and bring people together during a time when everyone felt isolated politically and physically due to the pandemic,” Lawson explains.

By that time, New York was pretty much locked down. Lawson had lost his job and Broadway closed shop. He returned to his Clarkesville home and turned his creative juices into developing All in Theatrics. It presented an opportunity for Lawson and other troupers to perform again and brought live theatre back to the audiences who missed it.

Someone once commented that Zoom meetings are like seances with the moderator asking, “Are you there? Can you hear me?” Imagine pulling together actors from across the country, keeping your fingers and toes crossed that everyone’s Wi-Fi connection stays strong during the performance, and figuring out a way to connect with an audience who is on the other side of a computer screen. It could be overwhelming to say the least. But for Lawson and the cast, there is an even greater reason for pulling together all of these moving parts, to raise money for Lost-n-Found.

“My partner, Megan, wanted to collect donations on behalf of a charity that focused on LGBTQ issues. I started thinking about the number of my fellow actors who lost their livelihood and means of financial support at the height of the pandemic. They didn’t know where they would end up. It made me think about the effects of homelessness on LGBTQ youth and who might not be as lucky as me to have a strong support system. The Lost-n-Found youth program in Atlanta and their mission spoke to my heart.”

There will be an opportunity to learn about and donate to Lost-n-Found during the performances on February 12 and 13 at 8:00 pm. There is no charge to watch the livestream of The Shakesqueer Theatre Project. To sign up and learn more about the show, visit All in Theatrics.

“This above all: to thine own self be true,
And it must follow, as the night the day,
Thou canst not then be false to any man.”
-from Shakespeare’s Hamlet

The line, which was spoken by the character Polonius as a pep talk of sorts, has resonated throughout the generations for its universal theme of sticking to one’s values when faced with a dilemma. Lawson Lewallen has done that. Tune in this week and give him a round of applause! 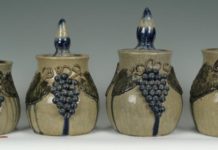 “There ain’t anything in the world like it”: The folk-pottery legacy of Arie Meaders 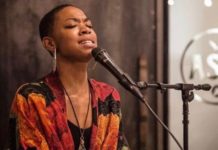 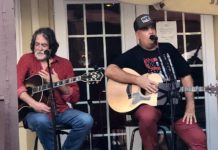 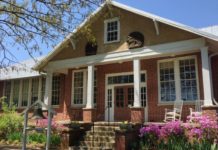 Women’s history and stories at the Sautee Nacoochee Center 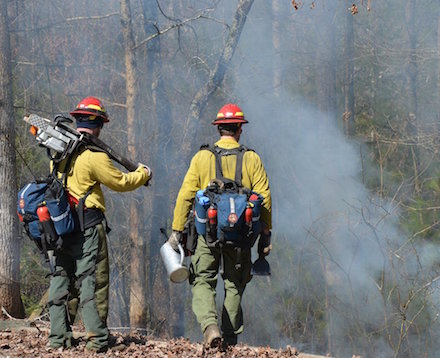 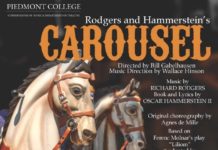