David Shalikashvili walks his daughter Alexandra off of the high school volleyball court for the last time.

This bittersweet father-daughter moment followed the Lady Raiders’ 3-0 loss in the first round of the GHSA Class AAAAAA State Volleyball Championship Saturday at Riverdale. It also marked the end of Alexandra’s 7-year volleyball career.

“As of right now I am not planning on playing in college,” she tells Now Habersham.

The outside hitter racked up impressive stats and honors during her time in the game. She was named the Lady Raiders’ Offensive Player of the Year in 2017 and ’18 and MVP in 2018. She was also named to the All Region Team this year and last.

Alexandra is the youngest of David and Tracey Church Shalikashvili’s three daughters. 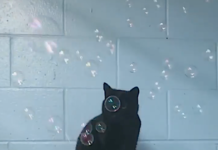 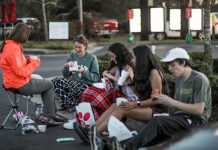 Life in Motion: COVID-19 gives new meaning to “dining out” 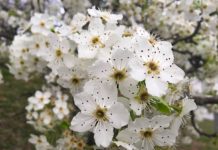 Life in Motion: Spring sprung (did you notice?)