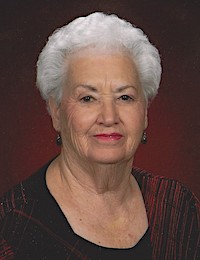 Jean Matthews Gossett-Williams, age 93, of Demorest, Georgia & formerly of Morrow, Georgia, went home to be with the Lord on Sunday, June 20, 2021, following an extended illness.

Born in Ozark, Alabama, on November 02, 1927, she was a daughter of the late Warner T. & Belle Marshall Matthews. Jean retired as a switchboard operator with Coca-Cola Company after many years of dedicated service. She was a faithful member of the Level Grove Baptist Church in Cornelia and was formerly a member of the First Baptist Church of Jonesboro. In her spare time, Jean was an avid gardener, enjoyed reading her Bible, & leading others to Christ. Most of all, she enjoyed spending precious time with her children, grandchildren, & great-grandchildren.

An online guest registry is available at www.HillsideMemorialChapel.com.