Prescription medications may have contributed to a wreck that ended with a Habersham County school bus driver’s arrest, officials say.

Gary Michael Allen, 70, of Mt. Airy, was arrested Monday afternoon, September 21, following an accident in Cornelia. According to the Georgia State Patrol, Allen was driving a county school bus that collided with a car. Both drivers told the officer the bus was backing up from Salem Lane onto Silverwood Drive when the crash occurred.

There were children on board the bus at the time, says Georgia State Patrol Post 7 Commander Donnie Sadler. No one was injured.

“The trooper observed signs of impairment in the driver of the bus,” Sadler says.

Allen reportedly told the investigating officer he takes “multiple prescription medications.” After administering field sobriety tests, the state trooper arrested Allen and charged him with driving under the influence, according to Sadler. The arrest booking sheet from the Habersham County Sheriff’s Office shows the official charge as DUI drugs less safe.

Allen was booked into the Habersham County jail and released on a $1500 bond.

School transportation supervisors confirmed to law enforcement that “multiple children” were allowed to exit the bus after the accident when their parents arrived to pick them up.

In a statement to Now Habersham on Tuesday, Habersham County Superintendent of Schools Matthew Cooper said:

“The school system is aware that a bus driver has been charged in connection with a bus accident that took place Monday afternoon. The school system is limited in its statement since there is an ongoing investigation into the facts surrounding the incident.

The transportation department is handling the personnel side of the investigation appropriately including but not limited to taking the driver off the road.

Anytime a bus accident takes place with students on board it is a serious matter. We are very thankful that students were not injured in the incident. Any additional information regarding the investigation into the accident will be provided by the appropriate law enforcement agencies.”

As of late Monday, Commander Sadler said “At this time, no other information is available.” 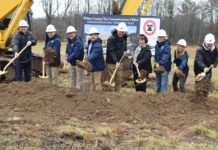 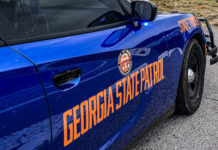 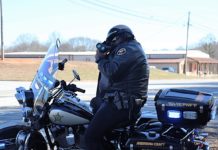 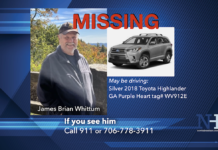 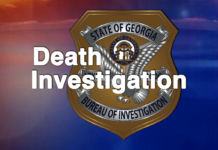