Habersham County ranks in the top 50 healthiest counties in Georgia and the top 5 healthiest in northeast Georgia.  The annual County Health Rankings report ranks Habersham 36th out of the state’s 159 counties.

The County Health Rankings are based on a model of community health that emphasizes the many factors that influence how well and long people live, according to the County Health Rankings and Roadmaps website. The Rankings use more than 30 measures that help communities understand how healthy their residents are today (health outcomes) and what will impact their health in the future (health factors).

Habersham County also has a higher uninsured population than the state average – 19% to 15% – but exhibits much healthier behavior when it comes to some preventive health behaviors. The county is above the state average in flu vaccinations and mammography screenings.

The rankings report was released Tuesday by the Robert Wood Johnson Foundation and the University of Wisconsin Population Health Institute. 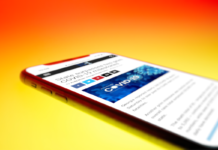