A father shot his daughter’s boyfriend during an altercation at a residence in the Sautee area, the Habersham County Sheriff’s Office says. The girl’s father, identified as 55-year-old Cory Merchant, shot Justin Rachal, 26, of Winterville, in the abdomen.

“There was a violent altercation between the boyfriend and daughter,” says Habersham County Sheriff’s Lt. Murray Kogod. The father tried to intervene but was unable to stop it. He then shot Rachal, Kogod says.

Habersham E-911 dispatched deputies to the scene at 615 Mill Run around 10 p.m. Tuesday, October 5. They found the wounded Rachal at the address along with Merchant, his injured daughter and a young girl who also lived in the home.

Deputies rendered aid until EMS personnel arrived and transported Rachal to Northeast Georgia Medical Center in Gainesville. The daughter had “visible injuries” the sheriff’s office says, but did not go into detail about the assault, saying the case remains under investigation.

Habersham’s Crime Scene Unit processed the scene. Officials say, initially, the evidence suggested that the incident involved an aggravated assault between Merchant and Rachal. Deputies transported Merchant to the sheriff’s office to be interviewed and possibly charged.

After interviewing Merchant and his daughter, investigators determined Rachal had committed “several acts of violence against the victim.” They deemed the shooting “justified” to protect both the victim and the young girl at the residence from further harm.

The Habersham County October 6 jail report initially listed Merchant as charged, but the sheriff’s office pulled back the report and released a correction removing his name.

“We ended up not charging him because his actions did not constitute a criminal act,” Lt. Kogod tells Now Habersham.

Investigators charged Rachal with one count of aggravated assault, false imprisonment, and third-degree cruelty to children under the Family Violence Act.

Rachal’s injuries appeared to be non-life-threatening, officials say. He was placed under guard at the hospital and will be jailed once he’s released.

The sheriff’s office says more charges may be filed as the investigation continues. 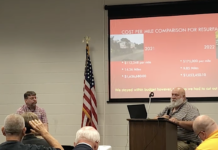 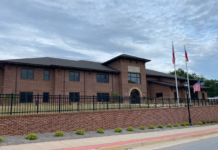 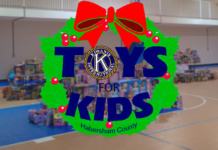 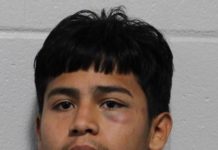 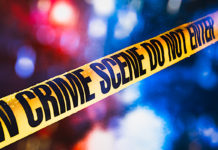