Dahlonega’s Gold Rush Days Festival, a weekend event in one of Georgia’s favorite mountain towns, kicks off tomorrow for its 67th year.

The Gold Rush Days Festival started in 1954 as a celebration of the city’s history, where the first major Gold Rush in the United States hit Dahlonega in 1829. In the mid-’50s, Dahlonega citizens gathered together to remember those who came before them and their town’s history.

In the 21st century, Dahlonega’s Gold Rush Days Festival is a massive event that draws tens of thousands to the region for a weekend of arts and crafts vendors, live music, food, shopping, games, dancing, competition and community togetherness.

Some of the festival’s events include the coronation of the Gold Rush king and queen, a beard-growing competition, hog calling, an old-time fashion show, cloggers and a magic show by Piedmont University professor Henry “Doc” Johnson.

The event, organized by the Gold Rush Days Festival Inc., (previously known as the Dahlonega Jaycees), is one of the largest events in Northeast Georgia.

The festival has been named one of the top 20 events in the Southeast by the Southern Tourism Board, and the organizers expect to see “well over” 100,000 people attend over the course of the weekend. And all the money raised by the organizers goes back into the community through charity.

“The money that we raise through the selling of booth spaces, parade entries and our commemorative t-shirt sales, all of [that] money is returned back to the community,” Dathan Harbert, Gold Rush Days Inc. Treasurer says. The Gold Rush Days Festival Inc. gives back with scholarships, education, Christmas gifts for struggling families and helping community members with rent, utilities, mortgage and car troubles during tough times.

Other local organizations operate parking at the event, where parking fees support other area-based charities. The event is also a huge money-maker for local restaurants and businesses, who are prepared for their busiest weekend of the year.

The event, as a whole, is to keep Dahlonega’s community strong. Promoting tourism to bring revenue to the city and donating to local charities may seem like the biggest part of keeping Dahlonega charming, but the community relationships that thrive during the event are the lifeblood of the city.

Harbert says that the best part of Gold Rush Days is seeing so many people, himself included, spend time with their loved ones.

“It’s like a big family reunion in-the-streets kind of thing,” Harbert says. “Everybody’s out and about, everybody’s happy, everybody’s having a good time. I run into so many people, and that’s the fun part. You’ll see families literally having get-togethers in the street.”

If you’re still not convinced that Dahlonega’s biggest event is worth your time, Harbert says that just visiting the area for shops, wineries, gold mining museums and tours will make you fall for one of Georgia’s gems.

“The town of Dahlonega is beautiful, and even if we weren’t having an event, there would be something to offer,” Harbert says “[…] There’s lots to do here. If anything, just come back to Dahlonega during Gold Rush to fall in love with the town again.” 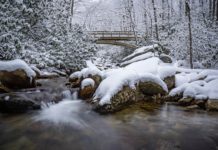 Roads Less Traveled: Miles to go before I sleep 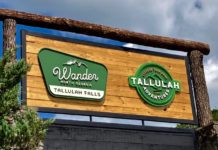 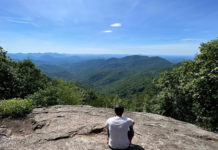 Taking a couple’s trip to Dahlonega 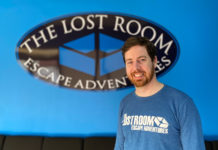 Roads Less Traveled: A Night with the Northern Lights 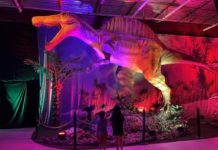