The largest populated city in Habersham County is Cornelia, a town that is known for its friendly welcome and open hospitality. Cornelia is a great place to spend time–with restaurants and shops ready to greet you with their welcoming nature. And there’s plenty to do there as well.

A brief history of Cornelia

According to Habersham 200: New Thoughts of Old Things, a volume by the Habersham County Historical Society that celebrated Habersham’s 200th anniversary in 2018, the city of Cornelia began around 1870 as a small settlement. In 1872, railroad workers came to the area to build the Charlotte-Atlanta Air-Line Railroad (later named Southern Railway) by clearing virgin forest areas. In 1882, ten years later, the Blue Ridge and Atlantic railroads (later named the Tallulah Railroad or the Tallulah Falls Railroad) opened a rail line to Clarkesville and Tallulah Falls was built. The town that grew up around the railroads was named Blaine after the Republican presidential candidate at that time. But when local judge Pope Jackson Barrow became involved in the development of the town, laying out land plots for stores and offices, and providing one out of every two plots to the railroads for use, the town was renamed “Cornelia” in honor of his wife.

Through part of the 1900s, Cornelia was known for its fruit – especially peaches and apples. Apparently, peach trees have to be replaced every 20-25 years or they stop producing. Many of the Cornelia area farmers didn’t replace their trees. Before long, changing weather and growing costs for labor forced the peach business to move to South Carolina, and Cornelia became known for its apples.

The Big Red Apple, a monument presented by Southern Railway to honor the work of producing and transporting fruit from Cornelia, is still a city landmark outside the Cornelia Depot. The Big Red Apple Festival is an annual event to celebrate this history and takes place on the depot plaza. The next festival is scheduled for Saturday, September 25, 2021, for 10 am – 4 pm.

During the 1930s, two Cornelia groups of President Franklin D. Roosevelt’s Civilian Conservation Corps (CCC) worked on numerous projects throughout Habersham County. Two can still be seen today. The first, The Community House, now an event center, displays the beautiful brick and stone work of the CCC workers. The Community House was completed in 1937 and is listed on the National Register of Historic Places.

Beside The Community House is the Cornelia Rain Garden, designed to use rain water runoff to help the environment, and the City Park Walking Trail which is 1.25 miles long round trip. There’s also a playground available.

Finally, the Captain Hilliard A. Wilbanks Memorial Marker is on the grounds of The Community Center. Wilbanks received the Medal of Honor for his heroic actions in providing close air support for the 23rd Ranger Battalion during a surprise ambush in Viet Nam. Since his plane had no weaponry, he continually fired his pistol out the window against the Viet Cong. Wilbanks lost his life in the action but has been credited with saving the lives of many of the Rangers in the battle.

The second CCC project in Cornelia is the Chenocetah Fire Tower, located on Chenocetah Mountain. The fire tower was the last stone fire tower built in the eastern United States. Built in 1937, the tower was shut down in 1975 and not reopened until 1989 when the Georgia Forestry Commission began to staff it during fire season. Cornelia residents maintain the grounds around the area. The fire tower is open for tours one day a year, during The Big Red Apple Festival.

The view from the top of the area is breathtaking. Gorgeous vistas of Lake Russell and the surrounding areas can be seen around the mountain top. It’s a beautiful area for picnicking and relaxing, but you’ll need to take a blanket or folding chairs. The bench in the photo below is the only seating available.

The original Cornelia Depot burned down in 1902 and was reconstructed on the same site. In 2000, railroad families and fans led the effort to rehabilitate the old depot building. It now houses the Historic Train Museum, and Cornelia’s Welcome Center and gift shop. Outside the depot are restored train cars from the Tullulah Falls and the Southern Railway lines. There’s no cost to tour the museum, and tours can be self-guided or with a knowledgeable historian. There’s also a splash pad for children to play in, but it is not open at this time because of the pandemic. Call in advance to check entry times during COVID-19.

The Cornelia Depot is located in the downtown area and parking is available there from which to explore the shops and restaurants. There are several restaurants located within a couple of blocks from the Depot and others are scattered throughout the town.

Our personal favorite is Fenders Diner, a retro-themed restaurant, that serves American food, soda-fountain milkshakes, and homemade cakes and pies. Pie ala mode and coffee is a great way to take a break, even if you don’t want a meal. And we can testify that the pie is amazing!

According to Jessie Owensby, Cornelia’s Community Development Director, Cornelia has several improvement projects going on currently. Fenders Diner is adding an outdoor eating space and bar with heaters and a stage between Irvin and Hodges Streets. The area is now called Fenders Alley. The city of Cornelia is also adding a green space and restrooms near the same area.

Although we’ve now lived in Habersham County over four years, we haven’t spent much time exploring Cornelia. What we found was a warm, charming town. Besides exploring the things to do recommended for tourists, we enjoyed driving through the neighborhoods, especially on the way up Chenocetah Mountain. It was lovely.

Owensby was not surprised by our reaction: “We actually get a lot of people to our restaurants from around the region and people coming to the region for outdoor activities. Also, about 70% of our visitors to the Train museum come from outside our region. We have many of those who even live outside our country!”

In the words of Discover Cornelia, “Cornelia is a little town with a personality as big as the trains that come through.” 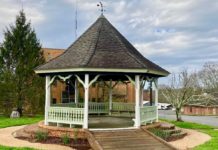 Clarkesville and “the hills of Habersham” 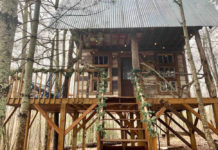 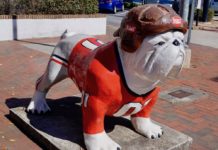 A day in Athens, the Classic City 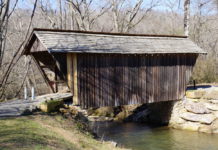 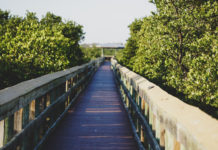 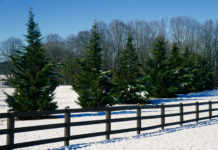