WASHINGTON — Someone in the United Kingdom smells a whole lot better thanks to U.S. Rep Doug Collins’ campaign for the Senate.

That’s because a fraudster ripped the campaign off to the tune of more than $15,000, spending the money on high-end perfume, mostly in the UK, according to Federal Election Commission records.

The FEC sent a letter to the Collins campaign Monday threatening potential legal action or an audit if the campaign doesn’t explain the unauthorized charges. Campaign spokesman Dan McLagan told the Georgia Recorder that the campaign actually already told the FEC about the fraud, so they’re left trying to figure out what other information exactly the FEC wants.

“I guess we are sort of twice victimized,” McLagan joked. “Somebody stole a bunch of money from us and now we have to fill out paperwork about it. To our knowledge, we’ve sent them all the information they’ve requested, and if they need any more, we’re happy to do it.”

McLagan said the campaign debit card number was hijacked in April when a campaign aide used the card to sign up for an e-commerce website so the campaign could sell merchandise, such as hats, T-shirts, and yard signs.

At the time, the campaign sent the FEC the following notice:

“Please note that the Collins for Senate debit card was hacked and fraudulent charges were made from April 17 – April 22 to vendors primarily in the UK. As soon as the campaign discovered the issue, the police, the bank, and the FEC were notified. Thank you.”

Gainesville, Ga., police records show officers responded to a call on April 23 from Joel Katz, Collins’ chief of staff in his House of Representative’s office, who has also been paid $2,450 to do political work for Collins this year, according to FEC records. At the time, though, Katz only reported $1,972 stolen.

Cpl. Jessica Van, a spokeswoman for the Gainesville Police Department, said that due to jurisdictional issues, they deferred to Mastercard to handle the investigation. But McLagan said so far, Mastercard hasn’t identified any suspects, and the Collins campaign hasn’t been able to recoup the money from the bank.

“I don’t want to be flippant. I hope they got nice stuff,” he said. “Actually I hope they got defective merchandise. Doug’s not a billionaire. It’s hard to raise this money, so having fifteen grand stolen was a bummer.”

The unidentified grifter made a series of expensive charges on Friday, April 17 with beauty product websites, including $1,316.92 at a London outlet of the Omani fragrance company Amouage and $1,980.74 at Fabled.com, a Marie Claire subsidiary in London. That day, $1,463.38 was also charged at GBM Digital Technologies, an e-commerce and Apple repair vendor.

Whoever carried out the crime must have felt emboldened, because they came back for more after the weekend. On April 20, the campaign was billed $912.85 at Argos Limited, an e-commerce subsidiary of the British supermarket giant Sainsbury’s.

On April 21, the campaign debit card racked up charges of $576.02 at Fabled.com, $657.52 at Amouage, $2,180.08 at GBM Digital Technologies and added $532.67 at the Nottingham-based health and beauty retailer, Boots UK. The thief apparently decided to throw some electronics on their order, because $1,524.45 was spent that day at the English electronics store BT.

The perp rounded out the shopping spree on April 22, with $588.22 the Cheshire-based beauty products store Fragrance Direct, $301.65 at the Milan, Italy-based e-commerce website Diana Corp. and a whopping $3,214.17 with the British telecommunications firm Vodafone.

The campaign turned off the spigot after that. No charges were made after the 22nd and the police report was filed the following day.

Some fraud still happens the old fashioned way, though. On Monday, the Friends of Mia Love PAC notified the FEC that more than $2,000 had been spent fraudulently after a debit card was stolen from a campaign staffer’s bag. 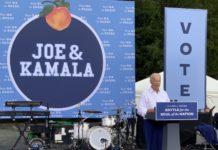 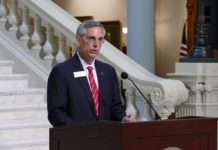 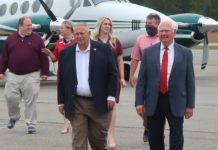 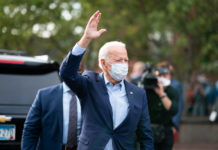 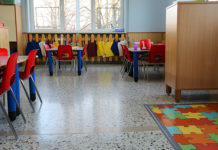