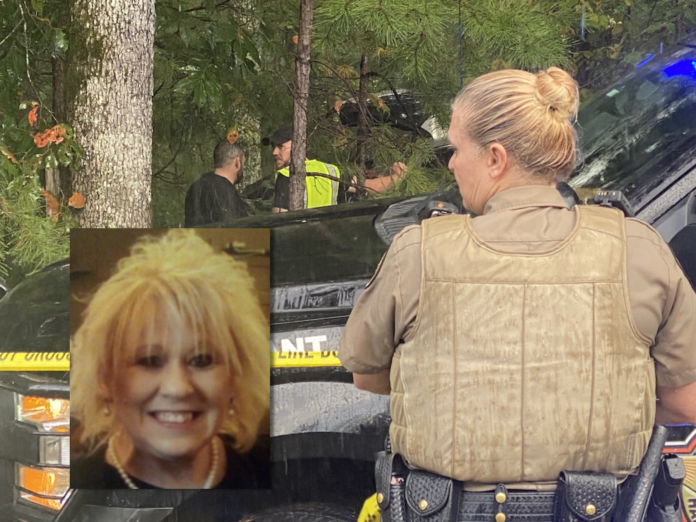 Habersham County Sheriff’s investigators confirmed that in a press release issued to the media on Friday afternoon, November 18.

On September 11, law enforcement found Collier’s partially nude and burned body in the woods near Tallulah Falls in northern Habersham County. Evidence indicates her shirt had been burned from her body. Franklin says the autopsy results are consistent with what he saw at the scene.

“It’s pretty evident that she started the fire. From what I saw and what I considered to be the case is that this was a self-inflicted death, but I was relying on the results of the autopsy and the doctor at the lab to make the final call,” Franklin says.

An arson analysis confirmed the presence of gasoline on Collier’s clothes. Her injuries were consistent with those of someone caught in a flash fire possibly caused by gasoline vapors igniting.

Collier, who suffered from back problems, took medication for her pain, her daughter says.

In an interview on the podcast Crime on the Record before the autopsy results were released publicly, Amanda Bearden indicated she believes her mother killed herself.

Reflecting on the days leading up to her Collier’s death, Bearden says her mother had shared with her some “key, intimate things” and was “giving away things.”

“Looking back on it, it just almost seemed like she was giving me all of her things,” Bearden said.

The last time she saw her mother alive, Bearden said Collier had “tears in her eyes. I’d never seen her that sad.”

Amanda Bearden has been under intense scrutiny since the investigation into her mother’s death began. Much has been made in the media of her history of substance abuse and her volatile relationship with her boyfriend. Adding to that scrutiny was the cryptic message and money Bearden received the day before her mother was found dead.

At 3:17 p.m. on September 10, Bearden received $2,385 from her mom through the payment app Venmo. Attached was a cryptic message that read, “They are not going to let me go love you there is a key to the house in the blue flowerpot by the door.”

That message fueled speculation that Collier was murdered. Within days of finding her body, the Habersham County Sheriff’s Office announced it was treating Collier’s death as a homicide. During the one press conference the agency held over the course of the investigation, Chief Deputy Murray Kogod cautioned it would take time “to solve this crime.”

Collier’s son, Jeffrey Bearden, has been highly critical of how local investigators and Habersham County Sheriff Joey Terrell have handled this case. On October 27, he filed a formal complaint against Terrell with the sheriff’s office over Terrell’s response to his concerns about leaks in the case.

“When I expressed my frustration at the way in which information is shared by their office, Sheriff Terrell found it appropriate to snicker and laugh at my situation,” Bearden wrote. “I asked politely for him to stop. I pushed further again on the leaks and what corrective actions that could be taken and Sheriff Terrell then decided it would be best to threaten to hang up on me.”

While Sheriff Terrell has gone on the record stating where he believes the leaks are coming from and that his investigators have been unfairly portrayed in the media, Terrell failed to mention that he has been publicly identified as the source of some of those leaks. Several social media posts identified the sheriff as the source of information that only investigators could have known. In one such post dated October 15, Terrell is alleged to have told a member of the public that Collier attempted to start a fire after taking “multiple depression pills” and the fire “ended up blowing up on her.”

While that is what the findings suggest, the sheriff’s office has not gone on the record with such details.

In his complaint, Jeffrey Bearden stated “I no longer feel confident in this investigation or HCSO’s ability to manage or adequately investigate my mother’s death.” He asked if the case could be transferred to another agency. His request, and complaint, went nowhere.

Prior to the release of his mother’s autopsy report, Bearden said he might hire an investigator to look into her case. He says he also reached out to several other elected officials to advance his complaint against the sheriff. Now Habersham reached out to Bearden after the autopsy report was made public. He has not responded.

Despite her brother’s concerns about how the investigation was handled, Amanda Bearden praised Habersham County investigators for their efforts. In her podcast interview, Amanda Bearden specifically called out lead investigator George Cason for taking her mother’s passing seriously. “He was fired up. He genuinely acted like this was his mother out there,” she said, adding, “The criticism that law enforcement has been given, it hasn’t been from me.”

Now Habersham reached out to Sheriff Terrell and Chief Deputy Kogod for an update on the investigation Thursday. Only Kogod responded stating, “We do not have anything to release at this time.”

The press release the sheriff’s office issued on Friday offers a cursory overview of its 69-day-long investigation. It was the first official release of information in the case since early October and the most substantial since September 30 when Kogod said the act was “personal and targeted.” Sheriff Terrell was out of town during that press conference and has not formally addressed the community about the case outside of a few limited comments and interviews.

Deputy coroner Ken Franklin spoke with family members on the day the autopsy results were released to inform them of the medical examiner’s ruling. Investigators met with family members the following day. And while there remain many unanswered questions in the case, the biggest as to how Debbie Collier died has been answered. 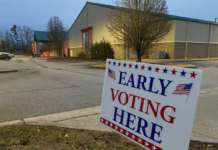 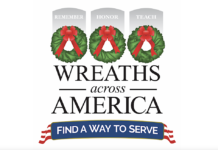 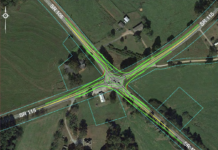 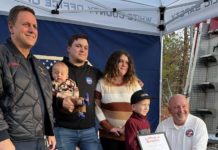 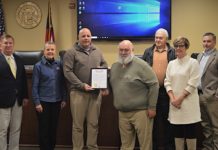