On Monday, the Habersham County Board of Elections will conduct a second recount in the June 9 District 4 County Commission Republican primary. The board called for a second recount after finding nineteen ballots stuck in scanners that were used to count votes at polling precincts on election day. Their discovery was part of an investigation into discrepancies that surfaced in vote totals during the first recount last week.

Election board members, members of the public, Republican party officials, and local media watched as Ellison pulled the ballots from four of the nine scanners that were used on election night. There were six ballots from Demorest, two from Baldwin, four from Amy’s Creek, and seven from the Habersham South precinct in Cornelia.

Observers were surprised to see the missing ballots emerge from the scanners, eighteen days after a primary that was certified.

Marilyn Marks of the Coalition for Good Governance was among the observers at the Habersham County Judicial Center in Clarkesville where the locked election scanners are stored. She says officials would have known about the missing ballots “right away if the election board had had good documentation that showed that they had already reconciled the number of ballots to the number of voters who came into those precincts.”

Marks asked the board to manually count the number of votes each commission candidate received on those ballots in order to document them. Ellison flatly refused. Elections board chairman Carroll Jeffers also said no. At that point, First Chair of the 9th District Republican Party and former Habersham County GOP chair Carl Blackburn weighed in on the discussion.

“I don’t see anything here that would lead us to believe there are any major issues,” Blackburn said. “I think it’s probably a learning experience and we need to let the process play out. I think we just need to trust the people and let’s just get back here on Monday and see what we need to do.”

Elections assistant Olivia Schapansky thanked Blackburn for his support. Officials put the ballots in a briefcase and Ellison carried them out of the courthouse. As Ellison left, Marks expressed skepticism over the process she’s watched unfold over the past several days.

“This recount was thrown together in the most willy nilly way that is very troubling,” she tells Now Habersham. “It is a good thing that those ballots were found, but they should have been found on election night.”

Local attorney Cindy Franklin Freeman ran unsuccessfully for county probate judge in the June 9 Republican primary. She’s alarmed by the discrepancies among absentee, early, and in-person votes. “There were discrepancies for these particular candidates in the commission race across all those different types of votes and, as a voter and a citizen, that’s concerning to me,” Freeman says.

Marks is a staunch critic of the state’s new Dominion Voting Systems voting machines and currently is involved in a lawsuit to ban them in Georgia. It’s not just the machines, though, that disturbed her in Habersham. So, too, did the apparent lack of election controls.

“That’s evident in it taking three days to recount an election on less than 10,000 ballots and it’s taken that long because the controls were not properly set up to begin with.”

Add this drawn-out recount to the chaotic House District 28 GOP primary that happened in Habersham two years ago, and some people are left wondering about the integrity of the vote.

“There’s just a lot of uncertainty left and that’s not a great feel for a brand new voter system that our state has put into place,” Freeman said as she left the courthouse Saturday. “It’s very concerning and disheartening.”

The second scanned recount is scheduled to begin at 9 a.m. Monday, June 29, in the county elections office in Clarkesville. 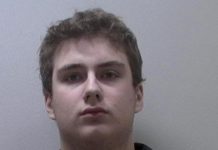 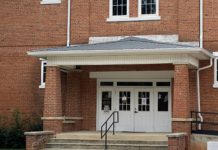 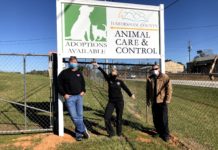