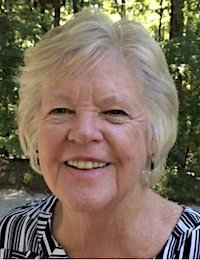 Ann McConnell Alexander was born April 23, 1945, at Fort Gordon in Augusta, Georgia to John and Ann McConnell. She spent her early years in Georgia, Ohio, and New York. She attended MacMurray College in Illinois and completed her undergraduate and master’s in physical therapy at New York University. She then entered the United States Air Force and achieved the rank of captain. While serving, she met her husband, Jack Alexander. After their son Matthew was born in Germany, they returned to Lake Burton and her family’s camp, Camp Cherokee. She served for many years as a camp director and taught hundreds of girls how to swim, water ski, and believe in themselves. As a physical therapist who both practiced privately and worked for Habersham Medical Center, she provided home health therapy, logging thousands of miles in Habersham and Rabun Counties. Along with her husband Jack, she traveled widely with a close group of friends. Ann never missed a chance to socialize with friends and family and one of her many talents was being a great cook and hostess.

As an active member of Faith Lutheran Church in Cleveland, she served on multiple committees. Her faith led her to serve as a volunteer at the soup kitchen, Meals on Wheels, Helping Hands Clinic, Family Promise, Red Cross, and other charitable organizations. As a therapist and later as a volunteer she never met a stranger, and with her laughter and sense of humor, she brightened people’s lives. Her granddaughters, Lucia, a senior at Tallulah Falls School, and Sophia, a second-year student at Georgia Tech, were a source of great pride and love. She was lovingly referred to as “Nilla” by her grandchildren, relatives, and those closest to her. She shared her life’s experiences with the younger generations of the McConnell family and instilled a love of nature and God in them.

She was preceded in death by her parents John and Ann McConnell, brother Ross McConnell, and her husband of 46 years Jack Alexander.

She is survived by her son Matthew, daughter-in-law Rebecca, granddaughters Sophia and Lucia Alexander of Clarkesville, niece Ellen, grandnephews Will and Cannon Graham, nephew John, his wife Natasha and grandnephews Liam, Gavin, and grandnieces Corinne and Vera McConnell and great-great grandniece Elara.

In lieu of flowers, the family asks for donations to be made to Family Promise of White County (https://fpwh.org/how-family-promise-works/) in memory of Ann Alexander.

An online guest book is available for the family at www.HillsideMemorialChapel.com. 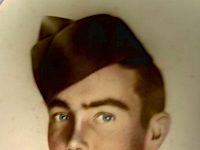 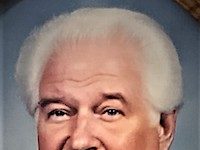 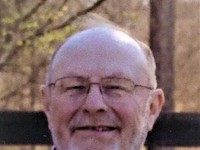 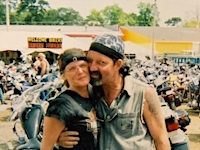 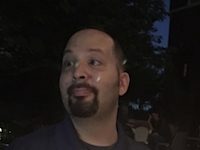