He was born on November 11, 1928, the oldest son of Cleo and Helen Beggs and is survived by three children, son and daughter-in-law Tom and Beth Beggs of Indianola, Iowa; daughter and son-in-law Vicki Beggs and Terry Sims of Westwood, Massachusetts, and son and daughter-in-law, Ricky and Vicki Beggs of Hayesville, NC. There are seven grandchildren and one great grandchild; Royce Beggs of Clarkesville, Georgia; Dora Beggs of London, England; Sarah Beggs of New York, New York; Matt Sims and wife Zalelem of Adidas Ababa, Ethiopia; Nick Sims and fiancé Becca Rossi of Boston, Massachusetts; Will Beggs of Longmont, Colorado; Jake Beggs of Hayesville, North Carolina; and Great Granddaughter Zema Sims of Adidas Ababa, Ethiopia. He is also survived by a sister, June Briney of Austin, Texas.

He was preceded in death by his parents, his wife of 67 years, Evelyn Thomas Beggs, an infant daughter, and two brothers, Gene Beggs and Daniel Beggs.

Wallace Beggs had resided at the Oaks Assisted Living in Baldwin since the passing of his wife almost two years ago on December 23, 2013.

He grew up in Lavonia and in Franklin County, Georgia. His love of farming, cattle and agriculture became his career. After graduating from the University of Georgia in 1947, he married Evelyn and they moved to Cumming where he taught agriculture in Forsyth County, Georgia for one year before moving to Clarkesville and teaching one year there. Lee and Tom Arrendale recognized his talents and passion and hired him to manage their poultry and cattle operations. He spent over 40 years managing their hatchery, breeder and hen operations, as well as their cattle farm, turkeys and even looking after their buffalo herd in Alto. He finished his career building and managing the Fieldale’s Direct Feed Mill in Baldwin.

His knowledge of the poultry industry took him to Guatemala with the challenge to help improve the hatchery and poultry operations for a division of Ralston Purina in the 1960s. In the 1980s he went to Portugal and Malaysia to consult about feed mills. After retirement he was in steady demand in consulting capacities within the feed mill industry, including locations in China.

Wallace and Evelyn loved to travel throughout the United States and foreign countries, not by air, but in various campers and motor homes in order “to see everything” and to experience the people and our country’s history. They were able to enjoy the beauty and vast spaces of Alaska on three occasions, Central America and parts of Canada, as well as Europe and Russia.

A real labor of love and beauty was his expansive rose garden. He was a rosarian and a member of the Gwinnett Rose Society and the Northeast Georgia Rose Society. He and Evelyn graciously had a “rose ministry” through sharing tin cans of cut roses with many in the community who were unable to get out of their homes. He also shared the continuation of his beautiful rose garden by giving more than seventy bushes to members of the Northeast Georgia and Gwinnett Rose Society clubs in December 2014.

His love of agriculture included maintaining a quality Angus breeding operation as well as a large home garden. Another point of pride was his support of the Future Farmers of America, not only locally, but also Georgia and nationally. He was honored with the highest National FFA award, the Honorary American Farmer Degree. He served as a director of the FFA alumni association in the north region of Georgia and was beloved by the Habersham Central High School FFA students and teachers for his volunteering and support.

Wallace also volunteered for his alma mater, the University of Georgia. He served the College of Agriculture and Environmental Sciences Alumni Association as Treasurer in 1983-84, Secretary in 1984-86, 2nd Vice President in 1985-86, 1st Vice President in 86-87, and President in Oct. 1987 – 88. In 1988 he was recognized by election to AgHon, the UGA College of Agriculture honor society. He was a founding member of the UGA Eterna Club and an Eterna Trust Advisor for 20 years. He was also a President’s Club Founding Member.

He was a director at Habersham EMC for 27 years and until his death served as Director Emeritus. He was a dedicated member of Clarkesville Baptist Church and was a member of the Gideons International.

Another sign of his love to provide opportunities for the youth of the community was through his support of the Habersham Christian Learning Center. He oversaw the design, plans and construction of the initial facilities building, and was credited with acquiring many materials at reduced costs and especially through donations. He was a recipient of the Pioneer Award from HCLC and served on the board of directors for many years.

Wallace will be missed by his many friends and family.

The family would like to express special thanks to the many caregivers over the years. Including Jane Pilcher, the whole staff at the Oaks Assisted Living, Terri Tucker and the Amedysis Hospice team. Kay McGinn, Andrelle Cantrell, Angelica Norman and Summer McCall.

In lieu of flowers, donations may be made to the Clarkesville Baptist Church Doctors Building Fund or the Habersham Central High School FFA.

A memorial service was held at Clarkesville Baptist Church on Monday, December 21, 2015. 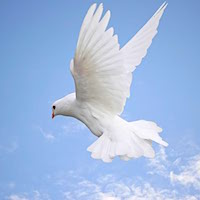 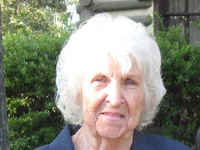