It doesn’t shine in the sky the way it does on Christmas cards, but it was still impressive to see. Monday night’s conjunction of our Solar System’s two largest planets – Jupiter and Saturn – attracted interest from people all over the world.

Weather forecaster and astronomer Tyler Penland live streamed the conjunction which astronomers refer to as “great” because the two planets are so large. Tens of thousands of people tuned in to watch his coverage and share in this rare astronomical event.

Saturn and Jupiter have visibly been edging closer to each other for months. Monday night, they were the closest they’ve been in nearly 400 years. The last time they were this closely aligned in the sky was in 1623.

Arguably the most famous conjunction, or series of conjunctions, occurred in 7BC when Jupiter and Saturn appeared next to each other three times between May and December of that year. Some scholars believe this may have been the Christmas Star spoken of in the Book of Matthew that alerted the Wise Men to the birth of Christ.

The next time this great conjunction will happen is in 2080!

Adding to the mystique and wonder of this celestial event is the fact that this conjunction coincidentally fell on December 21 which marks the start of the winter solstice in the Northern Hemisphere. Although unrelated, it gives the event more of a Christmas feel.

After Monday night, Saturn and Jupiter will begin slowly moving away from each other. They will still appear close together in the sky in the days to come but not the mere tenth of a degree in proximity that they appeared Monday night.

If you didn’t get a chance to view the great conjunction in person, share in it with us here or visit Now Habersham’s Facebook page.

The Melton Memorial Observatory in Columbia, South Carolina, also live streamed the conjunction, as did numerous observatories and media outlets around the globe.

READ MORE ABOUT IT

‘Christmas Star’ to light up night sky on winter solstice 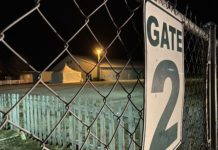 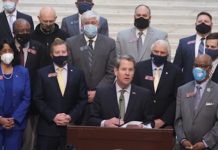 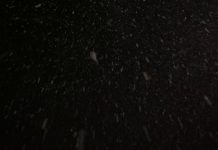 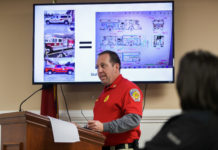