The U.S. Forest Service on Monday released its environmental analysis for the Foothills Landscape Project. The agency designed the project to maintain and restore healthy forest, habitat, and watershed conditions across 157,625-acres within the Chattahoochee National Forest. If implemented, the project will affect forest land management in parts of Dawson, Fannin, Gilmer, Habersham, Lumpkin, Murray, Rabun, and White Counties.

The project has been in development since 2016.

“From the beginning, this project reflected community values to guide our work in the right places for the right reasons,” says Forest Supervisor Betty Jewett. “I believe this new approach will bring lasting benefits to the forest and the people we serve for generations to come.”

The environmental advocacy group Georgia Forest Watch expresses some reservations about the plan. The group says it includes up to 55,000 acres of commercial timber harvests and 63,000 acres of herbicide application.

“The Foothills are the gateway to the mountains, and the effects of this project will be difficult to avoid when visiting the mountains,” the group says.

The diverse landscape covered by the Foothills Landscape Project includes rare habitats, more than 1,100 miles of streams, 188 miles of trails, and dozens of recreation sites. The Forest Service says its proposal addresses unhealthy forest conditions, impairments to waterways, and the impacts of human use.

The agency posted its environmental assessment and supporting documents on the project webpage.

“Accomplishing landscape-scale restoration is no easy feat,” says project team leader Stephanie Israel, “but the significant contributions of the public in the very early stages of the project resulted in a comprehensive and thorough proposal.”

Georgia Forest Watch is concerned about the scope of that proposal.

“Previously, the Forest Service has pursued logging and land management projects one watershed at a time, leaving similar areas untouched,” the group states on its website. “But with Foothills, they’re doing the entire landscape and if they take the wrong approach, the whole area will be impacted.”

The advocacy group is encouraging its members to review the proposal and participate in Community Conversations the Forest Service is holding across the region this week. Forest officials also encourage members of the public to attend. The meetings are scheduled from 6-8 p.m. at the following locations:

The Forest Service is expected to publish a legal notice about the Foothills Landscape Project in mid-December. After that, there will be an official 30-day comment period on the plan.

Forestry officials are expected to make a final decision on the plan by next summer. 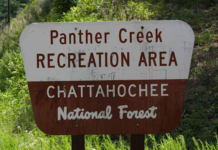 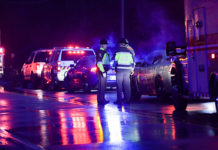 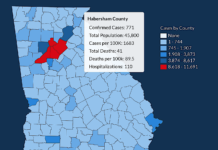