State law allows a candidate to request a recount if the margin between them and the winner is less than half a percentage point.

The Trump campaign sent a hand-delivered letter to the secretary of state’s office requesting the recount in an election fraught with unfounded accusations of fraud by Trump and his supporters.

Lawsuits dismissed for lack of evidence

Judges have thrown out at least two election lawsuits in Georgia and dozens more nationwide over lack of evidence.

In a hearing on Thursday, Judge Steven Grimberg pushed back against claims of voter fraud.

“I understand that is your argument, sir. What is your evidence?” Judge Grimberg asked after listening to Wood’s lawyer Ray Smith III, WSB-TV reports.

In dismissing the lawsuit, Grimberg wrote, “To halt the certification at literally the 11th hour would breed confusion and disenfranchisement that I find have no basis in fact and law.”

In order to win the electoral vote, Trump would have to successfully overturn the results in at least three key swing states that flipped to Biden in this election. In a move many consider a legal death blow to that effort, a federal judge in Pennsylvania on Saturday dismissed a lawsuit seeking to block vote certification in that state.

“One might expect that when seeking such a startling outcome, a plaintiff would come formidably armed with compelling legal arguments and factual proof of rampant corruption, such that this Court would have no option but to regrettably grant the proposed injunctive relief despite the impact it would have on such a large group of citizens. That has not happened,” Brann wrote. “Instead, this Court has been presented with strained legal arguments without merit and speculative accusations, unpled in the operative complaint and unsupported by evidence.”

Judge Brann added, “It is not in the power of this Court to violate the Constitution.”

Brann’s ruling paves the way for Pennsylvania officials to certify election results that currently show Biden winning the state by more than 80,000 votes. 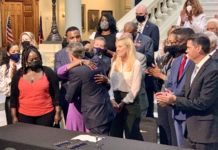 Arbery’s legacy to live on through citizen’s arrest repeal 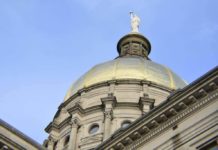 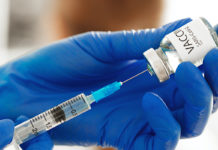 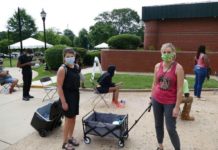 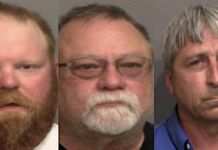 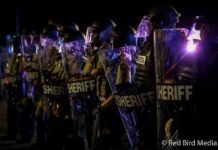 Decision time for police funding and other law and order legislation