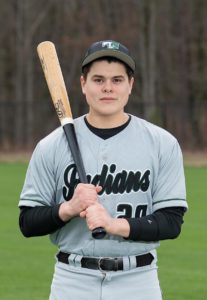 Senior Zach Corwin of Baldwin is the starting center fielder for the varsity baseball Indians. As a starter for three years and team member for four, Zach’s work ethic and desire to do well at whatever he does has made him into a fine baseball player. His breakout game happened in his sophomore year at Washington-Wilkes. He made multiple plays, several of which were very difficult that led the Indians to an away victory.  Zach has been making plays defensively ever since that day. He is a solid and dependable outfielder. A silent leader that leads by example, he plays extremely hard and makes sacrifices to help the team. Whether it’s diving for a ball or getting hit with a pitch, Zach is a young man of faith that is a joy to coach. 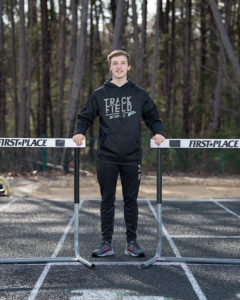 Senior Chris Geiger was the No. 1 ranked returning region 800m runner after state qualifying twice before. An “A” student who earned 15 varsity letters (cross country, swim, track & field), Geiger followed his inspiring legacy in cross country by again qualifying to state in swimming before his final track & field season. Chris had one of the biggest improvements I’ve seen in someone in my three decades of coaching. He was on fire to leave a legacy of what can be when one puts his mind to it. 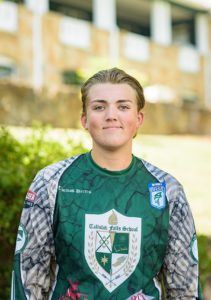 Senior Thomas Harris of Clarkesville progressed exponentially to compete at a high level against the best student anglers in the state of Georgia. While our sport is somewhat different from traditional sports, it does share the common thread of dedication and perseverance. Even though he struggled at first, Thomas persevered in his quest to become a better angler.  By spending a lot of his spare time on the water, he improved his angling skills. With teammate Marshall Williams, he was on his way to what was a likely top 15 ranking in the state before our world was affected by this unfortunate virus. It is really great Thomas has become involved in this lifetime sport. It has been a pleasurable experience getting to know this young man. 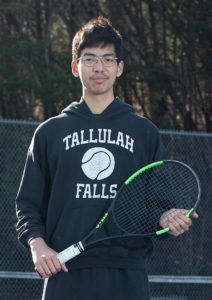 As a senior team captain, Zhiyang Shu of South Korea has developed into an outstanding role model and leader for his teammates. After starting his tennis career only three years ago as a sophomore at No. 15 on the depth chart, he has emerged as a formidable opponent on the varsity tennis team in the top position. In a shortened senior season, Zhiyang had an undefeated 3-0 record, winning matches against top region opponents to complete his career as a high-level player in the state. Zhiyang displayed poise and character in every position, earning the respect of his teammates and his coaches. Zhiyang’s leadership and character have helped mold the varsity tennis program he will be greatly missed as he moves on to the next chapter of his life. 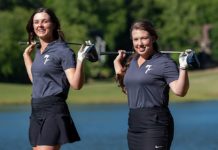 The same but different: Tallulah Falls School’s dynamic golf duo push each other to greatness