Georgia Secretary of State Brad Raffensperger says his office is investigating four organizations accused of sending election-related mailers to people from other states.

Monday’s investigation announcement comes as Raffensperger continues to defend the state’s voting system and as county election offices conduct another recount of a presidential election where Democrat Joe Biden defeated President Donald Trump by about 12,760 votes.

With the highly-anticipated Georgia Senate runoffs on Jan. 5, Raffensperger said Monday they want to determine if third party groups are mistakenly sending mailers to the wrong people or if something more nefarious is occurring.

The investigations include claims that America Votes sent absentee ballot applications to someone at an address they have not lived at since 1994; that Vote Forward attempted to register a dead woman from Alabama; and that the Stacey Abrams-founded New Georgia Project tried to register voters living in New York City.

Another group, known as Operation New Voter Registration Georgia, is accused by Raffensperger of telling college students from other states to register in Georgia and then change back their address after the runoffs.

The state’s top election official and Attorney General Chris Carr have warned organizations and others against encouraging people to temporarily move to Georgia for the sole purpose of voting in the runoffs.

“This office will continue to take these steps to protect the rights of the legally registered Georgians of this state,” Raffensperger said.

The New Georgia Project says, however, that Raffensperger is making false claims in an attempt to stop legitimate efforts to register voters.

“As Georgians are turning out in record numbers to have their voices heard at the polls, the Secretary of State is resorting to desperate attempts to smear law-abiding organizations and scare eligible Georgians from registering to vote in critical upcoming elections,” said Nse Ufot, executive director of the New Georgia Project. “We will not be deterred.”

America Votes said it uses a list of registered voters from the secretary of state to send its mailings.

“We’re pleased that so many Georgians have already applied to vote by mail this election and will continue our work to make sure every voice is heard in January,” spokesman Sahil Mehrotra said.

And Vote Forward said that the letters volunteers sent for the Jan. 5 runoffs only went to Georgia addresses and do not include any voter registration applications. The organization relies on a third-party vendor for the information.

“If any letter recipient has moved out of state or passed away, they will of course be unable to register to vote in Georgia, and the letter itself will have no effect,” the statement said.

The secretary of state is currently investigating about 250 election related cases, including a recent claim from a Gwinnett County elections board member that there appears to be more absentee mail ballots than there are ballot envelopes from November’s presidential election.

“That’s the kind of specific charge, with a specific person making the specific charge that we can finally go in and do say ‘yes this is true, no, this is not,’” said Gabriel Sterling, Georgia’s voting system implementation manager.

State election officials say Georgia’s counties are on track to complete the presidential recount by the Wednesday deadline despite a setback in the state’s largest county over the weekend.

Sterling blamed a Fulton County technician for not following directions, causing a server to crash that delayed the recount by hours.

It led to more accusations lodged by some Republicans against the troubled Fulton elections office.

“They’re gonna be forced to re-scan ballots,” Sterling said. “It has nothing to do with servers being wiped. Nobody directed that, that’s just a lie.”

By Monday afternoon, 43 of Georgia’s 159 counties completed the recount requested by Trump, the third time that votes cast in this presidential race are getting counted, a process that local taxpayers are picking up the tab for.

An earlier hand-count review of the 5 million ballots showed little change from results tabulated by the state’s electronic voting system.

Monday, Raffensperger debunked conspiracy theories that Dominion Voting Systems machines flipped people’s votes from Trump to Biden, that a Venezulan backed-scheme rigged the election or that thousands of absentee ballot votes are illegal.

“Once this recount is complete, everyone in Georgia will be able to have even more confidence in the results of our elections despite the massive amounts of misinformation that is being spread by dishonest actors,” Raffensperger said. “There are those who are exploiting the emotions of many Trump supporters, with fantastic claims, half-truths, misinformation. And frankly, they are misleading the president.”

Why won’t Governor @BrianKempGA, the hapless Governor of Georgia, use his emergency powers, which can be easily done, to overrule his obstinate Secretary of State, and do a match of signatures on envelopes. It will be a “goldmine” of fraud, and we will easily WIN the state….

“While Dominion Voting Systems is not named as a defendant, on Wednesday, November 25, 2020, Sidney Powell released what appears to be a very rough draft of a lawsuit against the Republican governor and secretary of state of Georgia alleging a bizarre election fraud conspiracy that—were it possible—would necessarily require the collaboration of thousands of participants, including state officeholders, bipartisan local elections officials, thousands of volunteer Election Day poll watchers in thousands of locations across the state of Georgia, federal and state government technology testing agencies, private elections service companies, and independent third-party auditors,” the statement said. “This quite simply did not occur.”

But even as Trump and some of his supporters continue to push to overturn Georgia’s presidential election results through lawsuits and other avenues, the president continues to face significant setbacks in other battleground states. 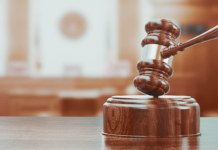 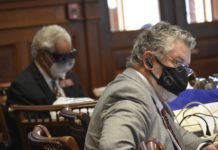 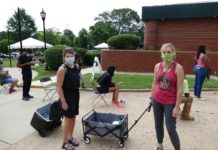 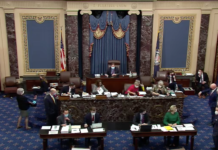 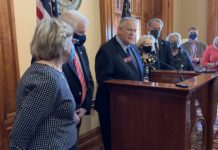