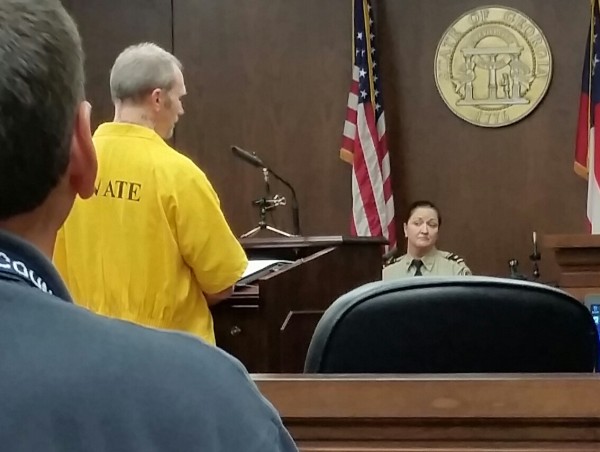 An unusual scene is playing out in a Habersham County courtroom this afternoon as a suspect is cross examining the officers who arrested him. Marshall Rice is representing himself against charges he attempted to shoot a Habersham County deputy during a traffic stop nearly a year and a half ago.

Authorities say the then 47-year old Rice tried to shoot Deputy Tonya Elrod during an early morning traffic stop at Historic Highway 441 and Old Habersham Mills Road in Demorest on October 21, 2013. In court Monday Elrod testified, “The door began to open, the next thing I knew there was a gun in my face and I heard a click.” The gun apparently jammed and Rice was tackled by Deputy Graham Arrowood while he was trying to get the gun unjammed. A third Habersham County deputy, Sgt. Greg Chastain, shot Rice from behind, striking him several times. Rice was seriously wounded.

After the incident, Habersham County Sheriff Joey Terrell told the media that Rice and a passenger in his vehicle, Timothy Barrett of Cornelia (aka Emmanuel Barner), stole a jet ski and planned to sell it to buy methamphetamine. Barrett was charged with theft by taking. He is not listed as a co-defendant in this case.

Rice is a gaunt man, balding and gray, covered in neck tattoos. Six armed guards, some wearing Kevlar,  surround the defense table where he sits. When addressing witnesses, he often refers to himself in the third person. “Did you know that it was Mr. Rice driving that truck when you pulled him over?” His cross examination is well prepared if a bit jumbled at times.

This is a bench trial. No jury is seated. Judge Rusty Smith gently guides the defendant back to accepted procedure when he strays.

Several State’s witnesses testified today for the prosecution. Rice already has admitted his guilt but is trying to undermine the charges by suggesting the initial stop was invalid and that Deputy Elrod was not on duty at the time he assaulted her.

The trial is expected to wrap up today or tomorrow.

Now Habersham is in the courtoom closely following the trial and will bring you additional details as the testimony unfolds. 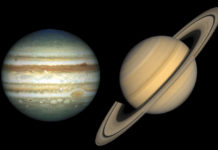 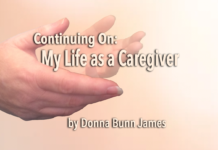 Tour and ride in a vintage WWII aircraft