Palmer did not begin her college career at Truett McConnell. In fact, she did not even know Truett existed when she began attending Stetson University, which she chose mainly because of its proximity to her home and its Baptist affiliation. “I had won a scholarship at a Methodist college. I played French horn,” Palmer explained. “But I wouldn’t even consider it because it was Methodist. It had to be Baptist.”

Palmer was naturally drawn to the Baptist church because of its place in her family history: “My mother’s dad and five grandparents back were Baptist ministers.” She continued to attend a Baptist church even when her mother stopped. “[Mother] had quit going to church because my dad left us when I was just an infant. When I was three, he finally persuaded her to divorce him. She felt very, very unwelcomed as a divorcee,” Palmer stated.

Fortunately, Palmer still felt welcomed and made sure that her sister did, too. “I would wake up and get us dressed,” she said. “We would walk to the nearest church. I loved the church, I loved the Sunday school, and I loved the Bible. I think maybe it was the prayers of those grandparents—six generations of them praying for me.”

While at church camp as an eleven-year-old, Palmer dedicated her life to God and to full-time Christian service, though not because of conviction from a Bible study at camp. “I didn’t know anybody there, and I was so homesick I didn’t know what to do,” Palmer confessed. “I walked away from that camp to find a telephone booth. I found one, but I didn’t have any money to make the call. In that telephone booth, I promised God that if He would get me home, I would devote the rest of my life to serving Him.”

When Palmer returned from the telephone booth, her camp counselor noted that her face was flushed. Assuming that Palmer had a fever, the counselor called Palmer’s mother to come pick her up from camp. “I really felt like that was a vow,” Palmer said of God’s answered prayer in the telephone booth. “When I was a senior, I walked down the aisle to dedicate myself to full- time Christian work.”

Palmer first learned of Truett McConnell when she visited her sister, Carole Sue, in Jacksonville, Florida. There, she met a large group of students who were planning to attend the college.

Palmer was not immediately interested in Truett McConnell because she was already enrolled for her second year at Stetson; however, she became interested after reading a catalogue about the junior college and realizing that both she and her sister could afford to attend.

While Palmer also gained the confidence that she needed to excel at Truett McConnell, she gained something else as well: a husband. “I met Gerald Keith Palmer, a commuting student from Habersham Mills, who had finished four years in the Navy,” Palmer recalled. “He was wanting to exempt zoology because he had already learned that in the medical department of the Navy, so I boldly asked him to be my zoology partner if I had to take it.”

Palmer and her husband developed their friendship outside of the classroom as well, mostly while playing ping pong. What they thought were extracurricular interests proved only to be an interest in one another—at first, anyway.

When Palmer graduated from Truett McConnell Junior College in 1955, she left with much more than when she came.

“I left with more awareness of Jesus being the center of my life, more confidence in developing any potentials I had, a six-inch ping pong trophy as the girls ping pong champ, and a 6’2” fiancé,” Palmer said.

Palmer and her husband were engaged for two years while finishing their bachelor’s degrees at Mercer University. After graduating and getting married, Palmer began working. She said, “I was on the staff of the Gainesville Christian Ed Center. We taught Bible and Christian concepts and living to high school students. At least half of our students were unchurched when they first enrolled.”

Grandmom, 84, goes back to college amid cancer diagnosis: ‘Trust God no matter what’

Gainesville Christian Ed Center eventually changed its name to Centerpoint, and it still strives to teach Bible and Christian concepts to high school students. Because of Palmer’s efforts, the addition of counseling services was also added to the center. In addition to working at Centerpoint, Palmer also worked at the Habersham Christian Learning Center, served on the Habersham Board of Education, and taught at North Georgia Technical College until the age of eighty-one.

Back to School, Again

After Palmer retired from teaching at North Georgia Technical College, and her husband passed away in 2015, she decided to do something that she had wanted to do for a long time: return to Truett McConnell University and pursue her Master of Arts in Theology. Not only has Palmer gained more theological knowledge since her enrollment in the program in August 2016, but she has also gained many valuable friendships with students.

“We start with prayer,” Palmer said about her classes, “and the day before Valentine’s Day, I asked for prayer because I was having such a hard time because I’d lost my husband. The next day, students from that class came ringing my doorbell and bringing me vases of flowers and candy. I really, really love the students I’ve met here.”

Palmer encourages other TMU students to make equally meaningful friendships and appreciate their time on campus: “One of the early church fathers said, ‘All those who revel in the joys of living are also worshipping their Creator.’ I just advise everybody who comes to Truett McConnell to revel in the joys of it—the opportunities that they have.”

She also encourages other senior adults to pursue further education: “If I can do it, then anybody can do it. God can take an extremely shy person with average intelligence and accomplish a lot. He’s doing it.” Palmer continued, “I can’t think of any other way I’d rather be spending these years of my life. I thank God every day for TMU. 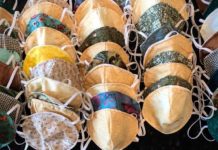 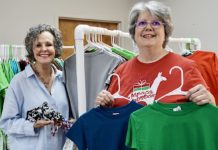 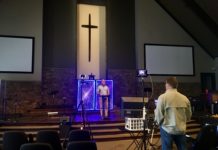 What local churches are learning during COVID-19 restrictions