A recent legislative hearing in Atlanta featured a stream of PBM critics.

Dr. Melissa Dillmon, a Rome oncologist, said PBMs often cause delays for patients trying to get the medicines they need. And Dr. Jean Sumner, dean of Mercer University School of Medicine, accused PBMs of undermining rural health care in Georgia.

While these people and many others in the health care world know what a PBM is, most people don’t have a clue. Yet PBMs, more formally known as pharmacy benefit managers, play a big role in the prescription drug coverage of tens of millions of Americans.

PBMs are corporate entities that have a complicated, hard-to-grasp role in the health care industry. They basically serve as middlemen between health insurers or large employers and drugmakers in handling pharmaceutical benefits.

They arose in the 1960s, but their role has evolved substantially since then. And their influence has grown.

While they have their strong defenders among insurers and employers, the criticism of PBMs has grown in recent years. Their detractors say they often act against the interests of consumers and some sectors of the health care economy.

Government scrutiny of these groups is also mounting. Georgia and other states are looking at doing something about how PBMs operate, and so is the U.S. Congress.

These benefit management groups make decisions on which medications will be placed on an insurer’s list of covered drugs, and how much the insurer will pay for them. The pricing often includes rebates paid by the drug manufacturer to the PBM, but that rebate isn’t passed on to the patient.

When patients use their health coverage to fill a prescription, PBMs are involved in paying those claims and setting the amounts the consumers owe.

Bryant, Groover, Dillmon and Sumner — the four critics mentioned earlier — traveled to the state Capitol last month to testify about their problems with PBMs. They and other speakers received a warm reception from Georgia lawmakers at a hearing of the House Special Committee on Access to Quality Health Care.

The Georgia General Assembly has passed laws to curb PBM practices in recent years. And once again this session, lawmakers aim to chip away at what Rep. Matt Hatchett, a Dublin Republican, calls the “repugnant’’ practices of these businesses.

A Monday legislative hearing showed the divisiveness surrounding the issue. A PBM industry trade group told the Senate Insurance and Labor Committee that a pending Senate anti-PBM bill is “a windfall” for pharmacies and drug companies. A Georgia Pharmacy Association official countered that PBMs pursue “self-dealing on the grandest scale.”

In Washington, U.S. lawmakers are also looking at the PBM controversy.

The legislative scrutiny comes as rising prices of prescription drugs have squeezed family budgets across the United States, drawing the attention of politicians across the ideological spectrum.

State Rep. David Knight, a Griffin Republican, invited a reporter into his state Capitol office recently and used a dry erase board to illustrate his concerns about PBMs. He drew arrows and circles to explain the myriad but complicated financial connections between insurance companies and pharmacy benefit managers.

One fact underlay his presentation: Many pharmacy managers are affiliated with health insurance companies — or are even owned by them.

Knight, probably the PBMs’ biggest critic at the state Legislature, said a situation in his family involving blocked access to a medication started him on his quest to rein in pharmacy manager companies.

Some of the pricing involved is confounding.

PBMs “pad their profits,” Knight said, by forcing many people to get brand-name drugs, which are much more expensive than generics.

He showed a slide at the Capitol hearing where an insurer paid a community pharmacy $34.50 per pill for a leukemia drug, yet paid a PBM-associated pharmacy $279 a pill for the same drug.

At the January hearing, pharmacist Jennifer Shannon of the northeast Atlanta suburb of Johns Creek said one patient was led by a PBM to get a brand-name prescription for gout that was $400 more than a generic drug.

The patient was finally allowed to get the generic, but had to pay a higher co-pay for that drug than would have been charged for the more expensive one. “How does this make sense to anyone?” Shannon asked.

Another one of her patients, an elderly woman who has diabetes, had her insulin held up “in mail-order limbo,” Shannon added.

Getting a bad rap?

They gain money through rebates from drugmakers, and pharmacy spreads — the difference between what they pay for drugs from a pharmacy and what they are paid by the insurer.

There’s little doubt that PBMs are profitable. Recently, giant insurer Anthem reported that its 2019 revenue grew 12.9 percent year over year, to $103 billion, thanks in part to the successful launch of the insurer’s pharmacy unit, IngenioRx, according to a FierceHealthcare article.

PBM methods can be opaque, even to health care experts.

The system is “not transparent to employees or beneficiaries,’’ said Bill Custer, a health insurance expert at Georgia State University. “PBMs have grown in power and profitability, partly because of the share of pharmaceutical [spending] in health care’’ has risen, he said.

A group representing PBMs, the Pharmaceutical Care Management Association, says the benefit managers “are the advocates for consumers and health plans in the fight to keep prescription drugs accessible and affordable.”

Custer says that some entity is needed to negotiate for the consumer with pharmaceutical companies. “Someone has to monitor prescriptions so the appropriate drug is prescribed,’’ he adds.

And a health insurance trade organization points to drug manufacturers, not PBMs, as the main culprits on prescription price increases.

“When Big Pharma blocks competition and maintains monopolies on medicines, they can set any price they want. That’s price gouging,’’ said Kristine Grow of America’s Health Insurance Plans. “Health insurance providers and their PBM partners are Georgians’ bargaining power, negotiating for lower drug prices for them. Big Pharma attacks health insurance providers and PBMs as middlemen. We aren’t middlemen. We’re fighting for lower prices. We use our bargaining power to negotiate savings for millions of patients every day.’’

An industry group representing drugmakers, however, has pushed the blame back at PBMs. In a recent statement, the CEO of the group PhRMA said: “Shining a light on opaque PBM practices is a crucial first step toward building a system that works better for patients, providers and payers alike.”

The practice of forcing a patient to use a PBM-affiliated pharmacy has angered Georgia lawmakers and spurred many of them to push for action.

Last year, the General Assembly passed legislation that prohibited PBMs from steering patients to affiliated drugstores. Georgia has also banned these entities from pressing pharmacists not to tell customers about drug price information, such as the cost of a cheaper drug.

State Insurance Commissioner John King’s office sent out directives to both insurers and consumers about the new legislation.

The steering issue, though, came up repeatedly at the January hearing.

Wynelle Arrington of Lithia Springs, west of Atlanta, said she was recently told that she would have to start getting her prescriptions from a CVS that’s about 10 miles away. She said she has been getting her medications from a different, much closer pharmacy since 1963.

“It’s a mile from my residence,’’ she said of her longtime pharmacy. “I trust them with my care.’’

Dillmon, the Rome oncologist, said many patients are ordered to get prescriptions from a mail-order pharmacy, which often leads to delays in acquiring and using the medicine. “That’s not good health care,’’ Dillmon said.

Groover, fighting multiple myeloma, told lawmakers that she has to wrestle with a PBM’s mail-order operation to get a cancer drug. She described being bounced among customer service representatives. “It’s exhausting and so time-consuming. Countless patients are going through the same struggles,’’ Groover said.

The panel’s chairman, Sen. Chuck Grassley (R-Iowa), said in his opening statement that “despite this vast influence over what often amounts to life and death, many consumers have very little insight into the workings of PBMs.”

Grassley later had harsh words for the execs. “It sure looks to me like you all are taking deliberate actions to pad your bottom line at the expense of patients,” he said.

Pharmacy groups say PBMs have especially hurt drugstores that are independently owned, and not part of large chains.

A rural pharmacy is often the frontline health care provider in a rural county, Sumner said. A large chain drugstore could be a 45-minute drive away, and when patients are forced to go there it’s not only inconvenient for them but hurts the local pharmacy’s sustainability, she said.

Newly introduced legislation would strengthen Georgia’s current anti-steering laws, provide more transparency on prescription pricing, and require reimbursements to pharmacies based on a public benchmark. It would also order any drugmaker rebates be passed on to the insurer.

Any assistance on payments would help pharmacist Bryant, who operates a drugstore in Preston in South Georgia. Her business serves 12 rural counties, including with delivery service. She said that when she obtains drugs for Medicaid managed care patients, she often loses money by being reimbursed less than a particular drug cost her.

“Government contracts, funded by my tax dollars, work to put me out of business,’’ Bryant said.

“Many members of the public are very frustrated with the [PBM] delays and lack of transparency,” Burke said.

Greg Reybold of the Pharmacy Association, which supports the bill, urged lawmakers to ask the medical providers, pharmacies and patients in their districts about PBM practices. “The sickest patients are being steered to pharmacies owned by PBMs.”

There’s strong talk of upcoming legislation that would require the state to remove drug benefits from the managed care companies that deliver care to most Medicaid patients. In other words, cutting out the current PBM arrangement.

An actuarial study in West Virginia found that the state saved $54 million in Medicaid by doing this drug “carve-out.’’

Bainbridge pharmacist Ed Reynolds, who’s also mayor of the southwest Georgia city, said Bainbridge saved $55,000 by getting rid of its PBM situation. “We actually bill the city what the pharmacist rate is,’’ plus a processing fee, he said.

PBMs, he said, get “unimaginable markups.”

Another community pharmacist, Butch Parrish of Swainsboro, is a state representative, chairman of the House Appropriations Subcommittee on Health. A reporter recently asked him if a carve-out for Medicaid drugs could save Georgia money. He indicated the move could lead to government savings.

“A PBM is going to take a cut off the top,’’ Parrish said.

A spokesman for the Department of Community Health, which runs Georgia’s Medicaid program, said the agency “is aware of the concerns surrounding this important issue and we continue to communicate with legislators and monitor discussions within the General Assembly regarding next steps.’’

Dorothy Leone-Glasser of the consumer group Advocates for Responsible Care says that though PBMs are not doctors, drug makers, insurers or pharmacists, they play “an outsized role in our health care system, making medical decisions including which prescription drugs you may take – and also how much you’ll pay for them.’’

Leone-Glasser, who described these groups as “shadowy,” adds, “They operate largely without regulation, transparency, or accountability.’’ 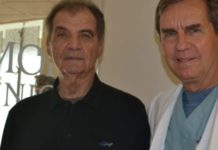