The head of the Technical College System of Georgia says system leaders are “absolutely heartbroken” over the passing of Dr. Mark Ivester. Ivester served as president of North Georgia Technical College for four years. He passed away late Saturday while battling COVID-19.

“Mark was a tremendous leader at North Georgia Technical College, but more importantly, a beloved friend and pillar of the community,” says TCSG Commissioner Greg Dozier in a statement to Now Habersham. “Mark worked tirelessly every day to help students realize their full potential through higher education and led the college with a servant’s heart. Our thoughts and prayers are with the Ivester family during this difficult time.”

District 10 State Rep. Terry Rogers of Clarkesville expressed what many felt upon hearing the news: “Still trying to take it all in. Our community has lost a great leader and I’ve lost a true friend.”

Ivester passed away at Northeast Georgia Medical Center in Braselton. He fell ill on August 5 and was hospitalized on August 16. He spent the last month of his life in intensive care. At the time of his diagnosis, Ivester was already in quarantine after some family members tested positive for the coronavirus. His last day on campus was July 31.

“He was a tremendous president, leader, husband, friend, and Christian and our entire college community loved him for his enormous heart for our college and passion for serving other people,” says NGTC Vice President of Community and College Relations Amy Hulsey. “He cared for everyone on this campus, and he made each person feel welcomed, loved, and respected.”

Hulsey says Ivester was the kind of leader who knew peoples’ names and went out of his way to make sure their experience at NGTC was the best it could be. “He absolutely loved four things in particular – his wife and family, his church, the University of Georgia, and North Georgia Technical College,” she says.

Ivester and his wife Eleanor observed their 33rd wedding anniversary on August 29. It was the first time they ever spent their anniversary apart; she was not allowed to be with him in the hospital.

Hulsey expresses appreciation to the community for the love and support shown to Dr. Ivester, his family, and North Georgia Tech throughout his illness. She says, “It’s so wonderful being a part of this college family community. He always said, ‘There is no better place to be than NGTC.'”

Ivester succeeded Gail Thaxton as NGTC president in 2016. He became only the sixth president in the college’s 76-year history. Prior to that, he served as Vice President for Economic Development and Vice President of Administrative Services at the school. North Georgia Tech, which is part of TCSG, serves students across Northeast Georgia on campuses in Clarkesville, Toccoa, and Blairsville.

An interim president has not yet been named. College administrators will be discussing leadership plans with Commissioner Dozier and his staff as soon as possible.

North Georgia Tech will release more information on plans for services for Dr. Ivester at a later date.

Dr. Ivester was a resident of Toccoa. He leaves behind his wife, four grown children, two grandchildren, and a community of friends, colleagues, and students who will dearly miss him.

“Being president of our college was his dream job, and it was quite evident,” says Hulsey. “This college will not be the same without Dr. Ivester, but so many of his dreams and visions will live on to help serve the students of today and tomorrow.” 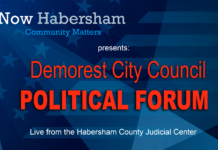 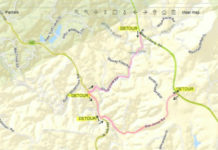 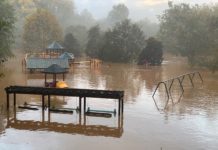 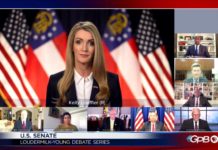 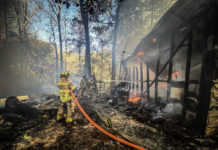