Earlier this summer, the Graham family in Clarkesville got to not only begin a dream adventure, they got to do it with the help of the popular television show, “Tiny House Nation.” Taylor Graham, a builder himself, along with other local craftsmen, friends and neighbors got to pitch in and build the tiny house the Grahams were dreaming about. Click here to view the video promo for the show set to air Saturday at 9pm on FYI. Locally FYI is on Chanel 266 on Directv, 199 on Dish and 400 on Windstream cable.

While they were filming the show, I got an opportunity to interview one of the show’s hosts and builder, Zack Giffin. Giffin has been with the show since it’s inception as the co-host and lead carpenter. Giffin has been a contractor but his main love, like many, was snow skiiing. For many avid skiers, particularly young skiers, finding afforable homes is a challenge. Places like Park City or Aspen are very expensive and those who work in the area resorts and restaurants are forced to live in more affordable areas but commute. Thus the idea of a tiny house appealed to Giffin, He had never built one, but “thought a lot about it and just did it.” Giffin says he would do a lot of things differently now, but he fell in love with the whole process. When a friend sent him a notice for the casting call for the Tiny House show, he applied.

The Tiny House movement is taking off. Tiny House Nation is one of several shows such as Tiny House Builders, Tiny House Hunters and Tiny House, Big living that have emerged on the television landscape. Magazines and websites have also joined in the tiny house movement. I asked Giffin what he believed was behind the proliferation of tiny houses.

Giffin believes that there are three primary forces driving the growth of “tiny.” Economic reasons are a huge factor behind the movement. The recession, Giffin believes, forced many to look at what they had or did not have. Lots of younger people are looking to tiny houses to help them graduate and pay off student loan debt faster or to accumulate savings. Younger generations are leary of the viability of pensions and social security and are looking to fund their retirements. Retirees are looking to scale back and not be housebound with debt or large spaces that must be maintained. Giffin believes that the recession led many to realize the “delusion of wealth by the accumulation of debt,” which forced many into bankruptcy. “Having more with less, has been an awakening for many of all generations.

The second driving force for Giffin is grounded in environmental awareness. Tiny houses by their very nature are less of a footprint environmentally and many are built to be “off grid” and use solar and other renewable utilities to keep the house confortable and liveable. There are also emerging communities built around the tiny house movement where they utilize less of the land for home and open the door for more open space and other amenities like community gardens.

The third force for Giffin is more of a spiritual nature. “There is a calming feeling when you have a ‘place’ you are able to care for and have pride in, but are also free of excess consumption and debt,” notes Giffin. Perhaps that is what John Eldredge, author of “Wild at Heart” meant when he said, “learn who you are, what you love and what your place in the world might be.”

For the Grahams, parents, three children and a pug, Eldredge was an inspiration as well as many of the forces Giffin talked about. So tune in and be inspired, maybe the tiny house movement will awaken a longing in you. Perhaps, for many of us who can’t imagine life in a tiny house, we will just enjoy a great show and watching the Graham family of 5 plus one furbaby begin a new journey. Oh, and as a side note, Giffin is even more attractive in person and positively irresistible when he talks about his tiny house passion.

See you tomorrow at 9pm! 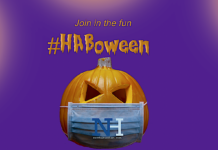 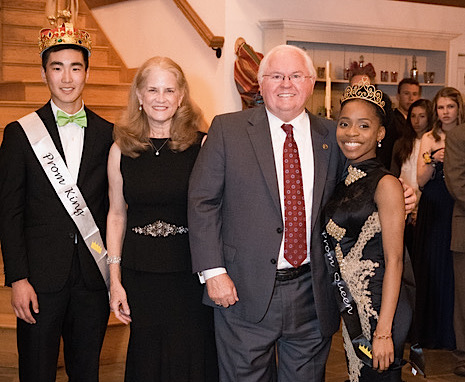