James “Jimmy” Ramey, a World War II veteran and Habersham County citizen since the age of 6, has lived a remarkable life.

Ramey, who moved to Demorest at the age of 6, served in WWII as a tank driver. Ramey fought in the Battle of the Bulge, the Siege of Bastogne and the Battle of Hatten, which he remembers as the worst battle he fought. He was involved in the liberation of some of Germany’s concentration camps and prisoner of war camps around Europe. He remembers horrible moments during which he thought he might freeze to death, and the moment his tank was attacked and he was the only one to make it out alive.

But the most astonishing thing about Ramey is after his service in WWII, and the many decades of life he’s lived afterwards, he still radiates joy in his smile, friendliness to all he meets and the beauty of life in the songs he sings.

Ramey remembers returning from the war as a beautiful day. The Italian ship that brought him home sailed on smooth waters before bringing himself and hundreds of others back to the United States at a New York port.

“They sent me and the 14th home on a 30-day furlough, and we went from there to Camp Cooke, California, and we were going to board a ship there and go to the Pacific and invade Japan,” Ramey said. “But while we were there, Truman dropped the bombs on Japan and stopped the war.”

Ramey stayed in California for a while after the war ended. He trained soldiers there, and during his time on the West Coast, he recalled meeting famous movie stars and comedians like Jack Bennie, Bob Hope, Red Skelton and so many others he can’t remember all their names.

One of his fondest California memories was when he drove a tank for a movie in Hollywood, and an actress in the film who he says had “the most beautiful legs in Hollywood” draped a wreath around his neck and gave him a kiss after he got out of the tank, thanking him for his service and leaving Ramey tickled pink, even over a half-century later.

He didn’t finish high school before he was drafted, but when he returned to the United States after the war, he did. When he came home to Habersham County, he was able to further his education at North Georgia Technical College, and eventually go on to the University of Georgia.

With all his experience and education, he became an engineer, solving previously unsolvable pump valve issues and working with construction equipment. He’s lived a full life as a husband and father, professional, veteran and lover of singing.

He shares his voice with the Grant-Reeves Veterans Chior, at church, alongside a pianist at the Habersham Senior Center and was happy to serenade a Now Habersham reporter on Veterans Day.

“That’s How Much I Love You,” originally by Frank Sinatra, sung by WWII Veteran Jimmy Ramey

Life in Motion: A walk down memory lane

Life in Motion: Pull over 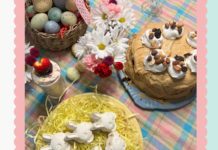 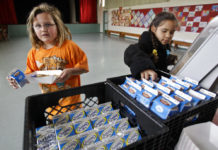 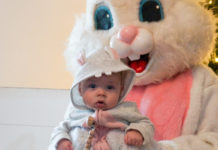