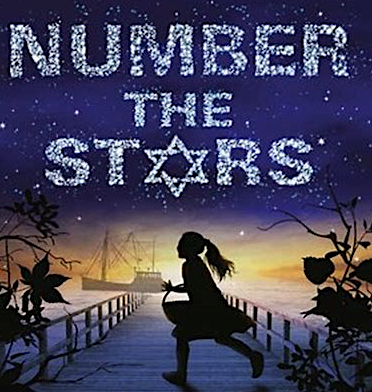 Inspired by true events, Number the Stars is a compelling drama set in German-occupied Denmark. It tells the story of two young sisters who plot to save their Jewish friend from the Nazis.

Number the Stars focuses on Annemarie and Kirstie Johansen as they try to help their friend Ellen Rosen escape to Sweden. Their uncle Henrik is a Danish Freedom Fighter who secretly hides Jewish refugees in fishing boats to help them escape. The girls face interrogation, soldiers, and their own fears during a time of unspeakable horror. However, their courage, faith, and the strength they find in their family help push them towards their goal against all odds.

“Perhaps it is difficult for us, in a world so divided, to imagine a country so united. But this has been the only answer historians have to give for these unsung heroes of World War II,” Brackett says. “Denmark regarded its people as Danes. Everyone. There was no ‘them’ or ‘us.’”

It is estimated that in 1943 around 8000 Jews lived in Denmark; all but 51 survived the Holocaust. When they learned that the Nazis planned to deport Denmark’s Jews, Danes sprang into action and created what historian Leni Yahil described as “a living wall.” Over the course of a few weeks, Danish fisherman smuggled over 7,000 Jewish Danes past the German police into Sweden.

“This show is about friendship and bravery,” says HCT newcomer Juliette Teutsch. “It is amazing to see an inspiring story and a different perspective during such a dark time for the world.”

The thirteen-year-old actress looks to make her HCT debut portraying the lead female role of Annemarie Johansen. “I have never been a part of a theater group before,” Teutsch says. “Being with this close group of people at HCT feels like a family.”

Jack Molnar has been a member of the HCT family for sixteen years. Number the Stars is his 52nd play. In this production, he portrays a German officer. Molnar says a recent trip to Israel gave him a unique perspective on his performance.

“We spent many days in Jerusalem recently and visited the Holocaust museum. There was one section devoted to the Danes and their efforts,” he says. “That really drove home how real this play was.”

Molnar believes Number the Stars is an important story to tell. It is a tear-jerking narrative of the incredible efforts and actions put into place by not only a bold family but a united country.

Number the Stars opens at the Habersham Community Theater in Clarkesville on February 6.

Tickets are still available and may be purchased online at the HCT website or by calling the box office at 706-839-1315. 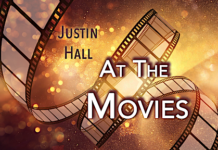 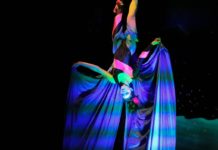