“Over the last few months the board of county  commissioners has sought a way to bring some measure of  closure to this matter while doing what is right for both the Phonesavanh family and law enforcement officers involved. “

You could hear just a hint of relief in Andrea Harper’s voice as she read a prepared statement Tuesday night. The Habersham County Commission Chairman announced the million dollar settlement in a lawsuit against the Sheriff’s Department stemming from a May 28, 2014 drug raid on a home on Lakeview Heights Circle in Cornelia. 2-year-old Bounkham Phonesavanh is still recovering from lacerations and burns to his face and chest from a flash grenade thrown into the house by officers executing a no-knock search warrant.

Sheriff Joey Terrell tells Now Habersham, “It is impossible to forget the events of that night. We continue to pray for the family and the baby and their continued healing. Hopefully this is the first step in getting this behind us so that we can move on.”

The settlement also protects Terrell and the other officers named in the lawsuit, “If they (The Phonsesavanhs) obtain a judgment eventually of any amount,” explains County Attorney Donnie Hunt, “they agreed not to pursue either the county general fund or any of the personal assets of any of the individual defendants.”

“I’m pleased that it’s settled,” says Harper, “and I think it is one that we can all be happy with and live with.”

The total National Fire Insurance Company payout from the incident is $1 million. The Phonesavanh family will get $964,000 with the remaining $36,000 going to the owner of the home, Amanda Thonetheva, for damages to the house during the raid.

Hunt says this is a structured settlement meaning a set amount ($538,000) will go for medical bills. There is also a provision setting aside $200,000 in an annuity for Bounkham to be paid out in a series of 3 lump sum payments starting when he reaches age 18. The total value of the payments as scheduled is $457,876 paid out over 15 years beginning in 2033.

His father will get $137,000 for “his personal injuries and in his own individual capacity,” while his wife Alecia gets $62,000 for “having been subjected the alleged violations in question and having witnessed injuries to all of her children” as well as emotional distress. 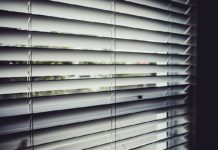