A property tax hike could be in the offing now that the county’s proposed special local option sales tax for transportation (T-SPLOST) is dead. Habersham County voters opposed the revenue-generating measure Tuesday by an 1,149 vote margin – 7,829 (54%) to 6,680 (46%).

The proposed penny-on-the-dollar tax was projected to raise $35.5 million over five years. The county and local municipalities had hoped to have that money to spend on roads and bridges, airport projects, and other transportation-related renovations and improvements.

“The Roads and Bridges T-SPLOST was never intended to be a ‘fix-all’ for our transportation needs,” says Anderson. “Currently, our roads are in pretty good shape. Many of these roads, while still in good shape, are past their rated life and will require ever increasing maintenance going forward.”

T-SPLOST would have raised the local sales tax rate from 7% to 8%. Supporters called it a “fair tax” because it would have been spread out among a much broader base than just property owners. People who shop, eat, and otherwise do business in Habersham would have paid into it.

That, says Anderson, would have reduced stress on the General Fund and regular SPLOST by freeing up those dollars for other projects, such as construction of a new county jail. County officials say a new jail is needed to ease overcrowding, make operations more efficient, and protect the safety of detainees and staff.

Initial, conservative estimates put the cost of building a new jail at over $30 million.

“The design being considered is very basic and functional with no frills or extras,” Anderson says. “Not having T-SPLOST results in limited ways to pay for the jail. Ultimately, the jail will have to be paid for and will result in a property tax increase.”

Talk of a possible property tax increase did not sway voters on Tuesday. Some expressed sales tax fatigue noting that the county’s sales tax rate was raised from 6% to 7% when voters approved the current SPLOST in 2014. Two years later, voters renewed the county’s special local option sales tax for education (ESPLOST).

That, on top of a statewide gas tax hike in 2015 – the first in 44 years – caused many voters to balk at pushing ‘yes’ by T-SPLOST on the ballot.

The leaders of the Habersham County Republican and Democratic parties issued a joint press release ahead of the vote announcing their opposition to T-SPLOST. “This additional tax will adversely affect Habersham County residents who can least afford to pay more taxes, the elderly, the poor and small business owners,” wrote Carl Blackburn and Virginia Webb. They laid out a series of arguments against the proposed tax and questioned the county’s plan to spend $2 million of T-SPLOST funds on the county airport.

Despite their opposition to T-SPLOST, Blackburn and Webb both said they support renewing the existing SPLOST in 2020 to pay for a new jail.

Anderson says that won’t be enough.

“The full six year value of SPLOST 2020 would be approximately $36+ million. If the jail costs over $30 million, it would cover the cost, however, that would leave nothing to go towards the hospital debt or any other capital projects which normally are covered by SPLOST, especially transportation related projects,” says Anderson. “I see no way to build the jail without an impact on property tax either direct or indirect.”

As he looks toward his final days on the commission – Anderson did not seek reelection – he cautions against short-sighted fiscal planning.

“One of my focuses has been to look ahead and plan for the fiscal needs down the road. This hasn’t been addressed adequately in the past,” says the outgoing commission chair. He stresses, “We are not in a bind (financially) but continue to address the worst maintenance issues and defer others in order to minimize the property tax burden. Eventually, it will catch up with us.”

Sutton says there’s no specific timeline at this time for building the new jail. 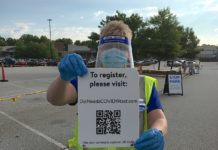 What you need to know about COVID-19 testing in Cornelia 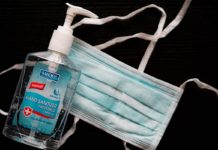 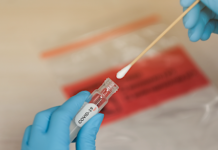 Nine COVID-19 testing sites close including one in Dawson County