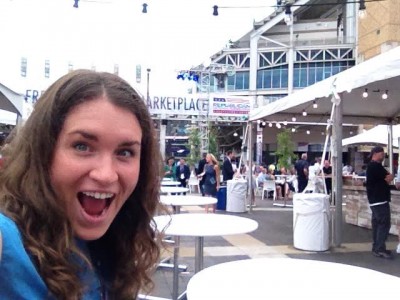 Guest Reporting for Now Habersham, Anna Swick is on site at the GOP Convention in Cleveland, Ohio. Join in each day as we experience the convention Through the Eyes of Anna Swick…

I walked quickly down the eerily empty streets of Cleveland, scattered law enforcement watching the street attentively in the early dreary morning. I was running fifteen minutes late to the regional press team trailer, my appointed home for the day. My mind raced with a game plan for calling reporters, as my training session the night before had left me with more questions than answers.

Flashing my volunteer badge to the first layer of security, I walked past two trashcans overflowing with umbrellas—a relic of volunteers who sought shelter in the rain and were forced to abandon them when they reached the metal detectors. Muscular men with secret service badges directed me to the second doorway of the security tent, and TSA agents directed me to put my possessions in a tray when I walked through the door. I waited patiently inside the air conditioned tent until it was my turn to walk through the metal detector, perversely wishing I would set off the alarm so I could talk to the Secret Service man wanding the guest in front of me.

The alarm remained obstinately silent, so I scurried out of the tent and around the corner to the press trailer, hoping I wouldn’t be the last one to arrive. I breathed a sigh of relief: we were still waiting for thirty-five to arrive. I cut my eyes at my workspace, the last computer at the end of a row of 9, the screen jeering at me. I sat down and quickly inserted my headphones, hoping to drown out the impending noise I knew would come as our team trickled into the workspace.

“Does anyone know how to book GOP-TV?” my counterpart barked, two shoulder-lengths from me. My team lead pretended not to hear him, her elbow grazing me as she fastened her eyes on the monitor and clicked studiously through her email. I anxiously turned up the volume in my headphones and did the same.

My mind raced—which media outlets should I contact first?

Some volunteers had already been assigned states, but I was assigned to a general region. My team lead had delegated the state of Pennsylvania to me, because I work with Pennsylvania press at my full-time job, but I knew that two other volunteers were already working on the state, too. I perused the list of states assigned to volunteers, and noticed that one volunteer had two states—New Hampshire and Maine. I stood up and looked down the table and inquired, “Is anyone covering New Hampshire?”

“I am,” a dark haired girl across from me shot back. “Is anyone covering Maine?” I tried again. No response. That was a good sign.

I turned to my team lead: “Is it cool if I cover Maine?”

“Yes,” she responded. “Why don’t you get Connecticut and Vermont, too?”

Excellent! I had my assignment for the day. I navigated rapidly to the team’s shared computer drive and grabbed the Excel sheet housing with Maine press contacts. Hastily, I dashed off an introductory email, identifying myself and how I would serve members of the Maine press. The responses came pouring in, and that was only the beginning– I had my work cut out for me for the rest of the day. 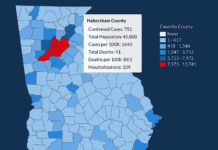 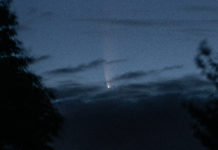 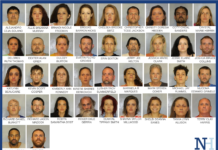