Vape devices should soon become harder for Georgia teens to get their hands on.

The Georgia Senate Friday voted to impose a tax of up to 7% on vaping products and raise the age to buy both the nicotine delivery devices and tobacco to 21 from 18. The new tax could bring in as much as $19 million, according to the bill’s sponsor.

The smoke-free electronic nicotine products are marketed as helping smokers kick the habit, prompting investigations by state attorneys general including Georgia’s Chris Carr. Many worry that children are now becoming addicted through the devices, said the bill’s sponsor in the Senate, Chickamauga Republican Sen. Jeff Mullis.

“Vaping was created to keep people off of tobacco, but it has become its own industry,” Mullis said. “Good or bad, right or wrong, it has, and for those who smoke a lot, this has curbed that. For those kids starting up, we want to curb that even more.”

One in four Georgia high school students reported trying vape devices at least once, according to a 2018 report by the state Department of Public Health.

The tax hike awaiting Gov. Brian Kemp’s pen nearly did not make it past Crossover Day.

A similar plan pushed by Republican Rep. Bonnie Rich of Suwanee fell apart in March when lawmakers balked at that bill because it included a lower tax rate for “modified risk tobacco products” such as Snus. The tax increase was later grafted onto Mullis’ bill, which originally only included the age increase to buy tobacco and vapes.

“Right, wrong or indifferent, that will not be a part of this bill,” he said.

Mullis echoed Harrell’s position that higher cigarette taxes won’t happen this year on the Senate floor Friday, but predicted lawmakers might raise the tobacco tax in 2021.

But Heather Youmans, senior government relations director with the American Cancer Society Cancer Action Network, said the measure “entirely misses the mark on protecting Georgians from tobacco’s deadly toll while continuing to line the pockets of Big Tobacco at the expense of our youth.”

“By failing to comprehensively address tobacco use in our state by significantly increasing the tax on all tobacco products, including e-cigarettes, the legislature missed the opportunity to reduce tobacco use and generate revenue needed to support Georgia families at a time they need it most,” Youmans said Friday. 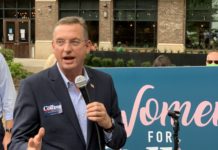 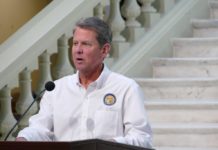 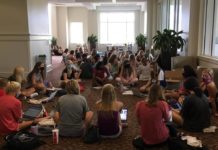 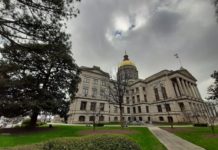