Week 3’s in the history books, and it was a heartbreaker for some local teams. Here are your Northeast Georgia high school football scores.

377 yards on the ground oughta do it. Malaki Starks had a pair of TD and over 150 on the ground. Carter Stephenson and Jordan Perry also scored, while Gunner Stockton had a TD pass, and Lang Windham a rushing score in the 28-14 game. It was tied at 7 going into the half before Jefferson used an 8-minute drive to open the third quarter and went ahead for good.

White County continues its winning ways. J Ben Haynes led White County with 2 rushing TDs in the first 5 minutes. Silas Mulligan secured a 10-yard TD towards the end of the first. Riley Stancil ran a whopping 65-yard TD at the beginning of the second, leaving Pickens County in the dust. The Warriors went on to win easily, 42-7, and are now 3-0 on the season.

The Indians upped their season record to 2-1 Friday with a 24-10 win at Jackson County. The Panthers drop to 1-1 overall.

The Banks County Leopards and East Jackson Eagles were both determined to win this one, but it was the Eagles that came out on top in overtime, 23-22. Banks shook off a scoreless first half when Roman Haynes found the end zone in the third. In the fourth, Bowen Roberts threw an 8-yd TD to Wyatt Whitfield to push the lead to 16-0. East Jackson tied it up in the fourth, forcing the game into overtime. Both teams scored in OT but Banks County failed to get the extra point. The hard-earned win ups the Eagle’s record to 2-0 and leaves the Leopards still in search of their first victory. 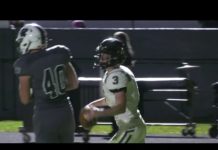 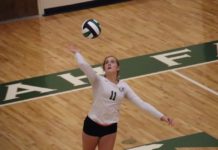 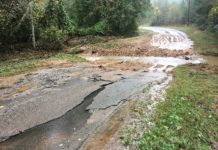 UPDATED: List of washed out roads in Habersham County 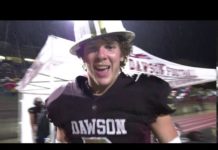 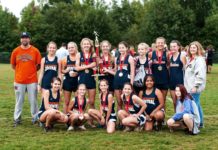 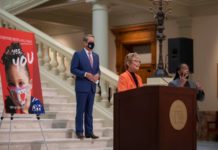 Firefighters discover body inside burned out home near Cornelia

October 19, 2020
Thanks for subscribing! Please check your email for further instructions.