Habersham Central’s shot at the playoffs skyrocketed Friday with a big win over Lanier and Cherokee Bluff left Lumpkin the same way they arrived – undefeated.

Here is your Football Friday action recap from BLITZ Sports:

After Zeta knocked out the power to Raider Stadium there was some question as to whether the Raiders could host region rival Lanier Friday, but the lights lit up and so did the Raiders. They came up with a monumental win! This gives the Raiders not only a top-10 signature type of win for head coach Benji Harrison, it means Hab now has two wins in region play and their chances of making the playoffs just skyrocketed. The Raiders went up 6-0 early, and fell behind 7-6 before reclaiming the lead, 14-7 at the end of one. Late in the second quarter, Habersham’s defense bowed up with a big turnover and turned it into a TD to go up 21-7. That score led into the break. A field goal pushed it to 24-7, and Lanier stormed back to cut within 23-15. The Raiders took off from that to earn their first win ever over Lanier, and moved to 2-2 in region play.

Due to countywide power outages in Rabun, Friday night’s matchup between the Wildcats and Leopards has been rescheduled for 7:30 p.m. Saturday, Oct. 31 in Tiger.

After a scoreless first quarter, Elbert took a 10-0 lead in the second, benefiting from a pair of picks off Logan Helcher. That lead held true to the break. Union tied it in the third on a field goal and TD pass to Noah Underwood. After a third interception off Helcher, Elbert got back in front late in the third, 17-10 . The Blue Devils scored twice more in the fourth with the final score coming on a 50-yd TD run sealing Elbert’s win, 31-10.

The Indians played against former head coach Tommy Jones on his second trip back since leaving. He brought his undefeated Cherokee Bluff team with him and that’s how they left…undefeated. Cherokee Bluff didn’t quite roll through the Indians, as Lumpkin held within 13-0 at the break. The Bears took full control in the second half, rolling to a 41-6 victory. The Indians remain winless with just two games left.

The Tigers went up quickly 7-0 before West Hall came back with a TD. Before the break, Caleb Bonesteel notched a clutch field goal to give Dawson the 10-7 lead. That lead was stretched to 17-7 going into the fourth. Conley Dyer’s TD run early in the final quarter put the game on ice, 24-7. Dyer struck again later as the Tigers went on to a fourth straight win and moved to 3-0 in region.

Brian Carter of BLITZ Sports contributed to this report. Visit BLITZ for the most comprehensive prep sports coverage in Northeast Georgia. 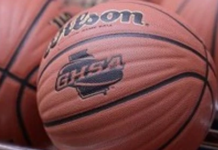 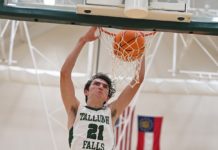 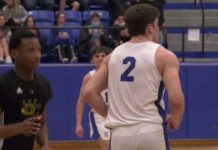 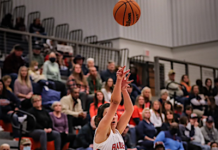 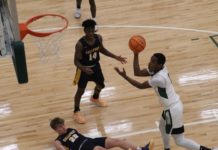