A hard-earned win for the Raiders and a hard loss for White County; those are just some of your Friday night highlights from Week 6 in area high school football action.

The Habersham Central Raiders broke their two-game losing streak with a 27-21 win Friday night over Winder-Barrow. The game marked the Raiders’ first region win since 2018 and sweet revenge for their single point loss to the Bulldoggs in 2019. With the win, the Raiders improve to 3-2 overall; the Bulldoggs drop to 1-3.

The Tigers overcame a third quarter deficit and relied heavily on Zach Holtzclaw, who threw 6 TD passes, including the game-winner to Jaden Gibson for 77 yards with under four minutes to play. Gibson sealed the win with a pick. Dakohta Sonnichsen and Tyler Lane had 2 TDs each, and J Ben Haynes and Riley Stancil each had 2 TDs for the Warriors. White County overcame an early 14-0 hole to take a 28-21 lead in the third before Haynes exited with a lower right leg injury. He was on crutches the entire second half. Dawson County now has the inside track at the 7-AAA region title.

The Dragons had almost no problems with #5 Flowery Branch, winning 40-10. Flowery Branch took the early 3-0 lead before Jefferson got ahead with a Malaki Starks TD. He scored three straight touchdowns (9 yds, 3 yds, 2 yds). A 12-3 halftime lead for the Dragons ballooned to 33-3 by the time Flowery Branch finally got a score. Reese Johnson and Carter Stephenson both had TD runs, and Kam Robinson had a blocked punt TD. Starks finished with 131 rushing yards.

It was over quickly, as the Cats jumped out to a 28-0 lead on Gunner Stockton TD passes to Tate Ramey (11 yds) and two to Adriel Clark (62 yds, 8 yds), and a rushing TD (15 yds). It was 56-15 at the break as Stockton had thrown two more TD passes, one to Ethan Clark (65 yds) and another to Adriel Clark (2 yds), and rushed in one from 12 yds out. Lang Windham had a 20-yd TD, and Hogan Woodard had a TD pass from Stockton early in the third from 31 yds out. The starters sat out the rest, and Rabun scored again on a Keilin Sanders (1 yd). East Jackson scored 21 of its points off the backups. Stockton finished with 415 passing yards and 6 TD and rushed for 55 yards and 2 TD, giving him an 8-TD night. Clark had 117 receiving yards and 3 TD on 5 catches, while Windham had 111 yards receiving as well as 40 rushing and a TD. The 70 points is a new record for Rabun County, which had a previous best of 68 two years ago at Banks County.

Brian Carter of BLITZ Sports contributed to this report 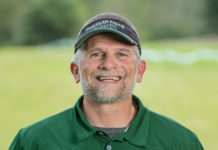 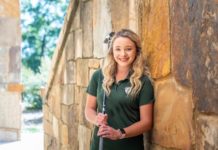 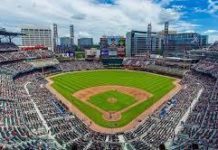 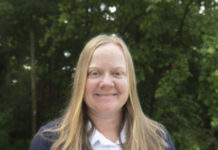 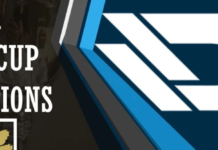