We live near Batesville and travel Hwy 197 along the Soque River almost daily. Hwy 197 has been described as one of the most beautiful highways in Georgia. The highway travels along the Soque for several miles and the views are beyond beautiful!

The Soque River is also unique geographically. The entire river is contained within Habersham County and travels almost 30 miles before flowing into the Chattahoochee River.

Once upon a time, fishing on the Soque was a somewhat hidden treasure in Habersham County. However, over the years, anglers have discovered that the river has some of the best fly-fishing in the country. One of the reasons for the great fly-fishing is the river itself. It’s ideally designed to make trout happy.

On the other hand, the majority of the river is privately owned. People who own sections of the river work to keep fishing sustained in their sections, most stocking the river with trout and feeding the trout as well.

One of the best places along the river to see trout is at the Mark of the Potter, a pottery shop that offers work of local potters, located at 9982 GA-197, north of Clarkesville. The building that houses the Mark of the Potter is the historic Grandpa Watts’ Water Ground Mill which was built in the early 1930s. The building was purchased in 1969 to become a shop for local pottery and sits at the bottom of a large section of falls. The trout thrive there and can be easily seen from the parking lot and the mill’s deck. There is no fishing allowed at the Mark of the Potter. The trout there are treated more like pets and are fun to feed and watch.

If you’re into fly fishing or want to try the sport for the first time, you’ll want to discover the Soque’s delights on your own. You have two options. The first is to schedule your visit through one of the local fishing camps and guides. I’ve included several at the end of this article.

The second option is to try the public access to the river. Be aware that public access is limited. There’s a section of the river that is open to the public for fishing located just north of the Jackson Bridge. In local terminology, the Jackson Bridge is located shortly after you drive through the dip when going north on Hwy 197. You’ll see parking there and several more pull-offs over the next mile.

Be very careful about straying into a part of the river that is not open to the public. Property owners along the river will not hesitate to prosecute trespassers. And, unlike many rivers in Georgia, they actually do own the river itself as it passes through their lands.

Bob was invited to join neighbors Addison and Janet fly fishing on a private stretch of the river. I went with them to watch them and to explore the birds as well.

Because the land along the Soque holds the fishing rights, the land is valuable and highly desired. If you aren’t ready to move to Habersham County and purchase your own stretch of heaven, check out these private places to fish: Black Hawk Fly Fishing, Brigadoon Lodge, Fern Valley on the Soque, Riverside Trout Fishing, and Unicoi Outfitters. 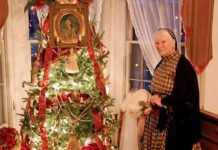 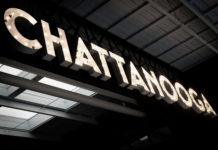 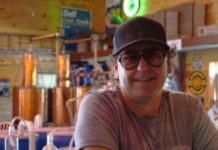 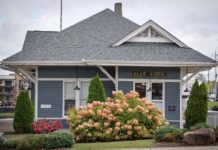 A day in Blue Ridge 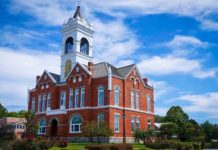 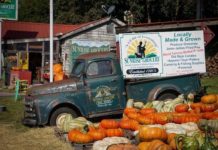 The history of Appalachia and the beauty of Brasstown Bald