(Cleveland) – Several buildings and around three million board feet of lumber were destroyed in a commercial fire early Thursday morning in Cleveland. Fire Chief Ricky Pruitt said the blaze at North Georgia Hardwoods was reported around 3:30 a.m. by an employee who lived in an apartment located next to the property.

According to Pruitt, the fire originated in a storage area of the lumber supply company and quickly spread to three separate buildings.

A truck loaded with lumber arrived at the location sometime during the night and the driver was asleep inside the cab and noticed it was getting hot. He was able to get out before the intense heat set some of the lumber on the truck ablaze. Pruitt said the truck sustained damage from the intense heat.

No one was injured.

“Much of the facility was not impacted. As large as it was, the fire crews did a great job getting the fire under control and keeping it contained to those buildings,” he says.

The estimated amount of damage is unknown at this time.

The State Fire Marshal’s Office is working with Cleveland Fire Investigator Jason Davis to determine the cause. “At this time it is unknown whether there is anything suspicious about the fire,” says O’Bryant.

The fire scene is still very hot and Chief Pruitt says it could be Friday before they will be able to dig into the debris and investigate further. 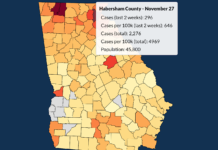 Habersham back in hot zone as COVID cases surge 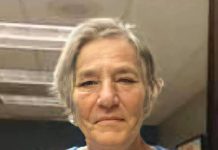 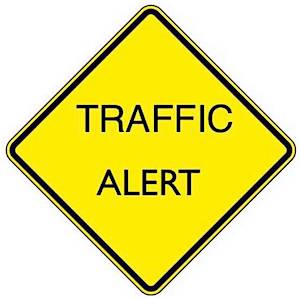 I-985 reopens after fuel spill 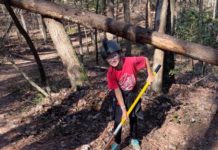