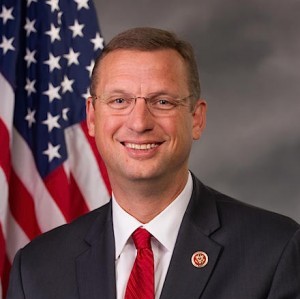 Most Americans have the luxury of being unaware of our nation’s digital divide. Binge-watching “Orange Is the New Black” is a fair litmus test for digital – and potentially economic – privilege.

Communities on the wrong end of the digital divide are bearing a burden that people who enjoy access to high-speed internet may not realize exists. Yet millions of our rural and urban neighbors are pursuing educational attainment and business development with their hands tied behind their backs by copper DSL cables.

Innovation is the nectar of the global economy, and the internet provides both inspiration and outlets for innovation more efficiently than any other resource. As a result, high-speed internet access has become a prerequisite to sustainable economic growth.

The data paints a clear link between wealth and broadband access. The Federal Communications Commission reported in 2016 that we tend to find Americans without broadband services in areas with lower average per capita income, lower median household income, more households living in poverty and lower population densities.

While we shouldn’t confuse correlation with causation, we don’t have to solve this particular chicken-or-egg conundrum. Whether anemic broadband access is the root or result of economic malaise, infusing low-income areas with high-speed internet marks the way forward.

But there’s a lot of information superhighway to pave, as the broadband infrastructure remains underdeveloped nationwide. Fifty-eight percent of rural census blocks have no high-speed providers at all, and the problem affects urban areas as well. Among Americans who have some sort of internet access, many have no choice of a provider at all. Only 36 percent of urban and 6 percent of rural census blocks have access to more than one fixed broadband provider.

This means that bright students in struggling schools can’t hope to access online advanced placement courses or the opportunities that come with them. It means that basic logistics snuff out the entrepreneurial spirit of inventors before their prototypes make it out of the garage. It means that, for millions of Americans, digital empowerment is a mirage and the American Dream lies out of reach.

It’s fair to ask why men and women in low-income areas should see their ingenuity capped or their work ethic under-leveraged because they lack access to what has become an essential resource.

It’s productive to ask what we can do about it.

As a lawmaker, I don’t believe every public challenge demands a legislative remedy. Civil liberties and free markets make room for a lot of solutions in the public space, and policies anchored in fairness, reason, and compassion can complement those efforts.

In this case, smart legislation would leverage free-market principles in low-income communities where the pulse of broadband is weak. The Gigabit Opportunity (GO) Act, which has been introduced in both the Senate and the House, would increase broadband access by addressing three factorslocal policy, competition, and price.

The GO Act strengthens public policy by encouraging local and state governments to streamline their broadband laws voluntarily in order to facilitate long-term infrastructure development. The FCC supports this bipartisan plan and would serve as a resource for those municipalities.

Governors would have the authority to declare participating areas of their respective states as Gigabit Opportunity Zones, and this bill would enable such zones to attract broadband providers with capital gains tax deferrals on any funds directly invested in broadband expansion. Gigabit Opportunity Zones would also offer firms an option for immediately expensing broadband equipment instead of drawing out their returns on investment over the depreciation period.

When local governments have support for improving their broadband policies and the toolstax deferrals and immediate expensingto attract meaningful investment in high-speed internet access, their communities’ doors swing open to multiple internet providers.

The result is that Gigabit Opportunity Zones would be poised to extend consumer choice beyond the de facto broadband monopolies we see in many communities today. And, when consumer choice expands, products improve and prices drop.

Still, a meaningful response to the broadband question focuses on more than bringing a high-speed product to a low-income demographic. It’s about equipping all Americans to succeed in the digital age because any part of our country that’s cut off from the global exchange incurs economic losses that bleed into the rest of the union.

In low-income areas, therefore, the digital divide is an economic divide and a social mobility divide. It’s a dream divide that marginalizes men, women and young people in red and blue districts across the country.

When we feel more excitement overfilling an online cart for Amazon Prime Day than empathy for the communities who can’t even download health care records, we fail as neighbors. The GO Act would help make all Americans proper citizens of the digital age and 21st-century economy by energizing broadband investment in low-income rural and urban communities.

By lessening the disparity between the digital haves and have-nots, expanding broadband access brings Americans together and moves us forward. 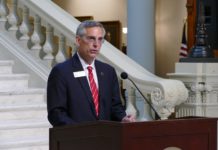 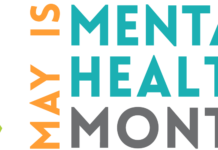