Snowflakes popped up overnight in Demorest as City of Demorest Public Works Director Bryan Popham and the public works personnel brought seasonal charm to the city.

The council voted in August to bring the new lights to Demorest to bring a cohesive Christmas look to the city. The city spent a total of $6,273 on 12 lights for the Central Avenue and Downtown Demorest area. Next year, the city may purchase an additional amount to line both sides of the street’s lampposts.

Popham said that he was grateful to Georgia Power for getting the city’s lamp posts wired for the lights within a day.

“I called them on a Monday and had them wired on a Tuesday,” he said at the council’s Nov. 29 work session. “They were really helpful and very nice to work with.”

The power company wired six more lamp posts to hold Christmas lights in the future, should the city choose to purchase them.

“The snowflakes look nice,” Mayor Rick Austin said at the City of Demorest work session. “I am thankful for Ms. Kim [Simonds] and the council for moving forward with that [vote], it looks nice and I think it’s a nice addition to our small little town.” 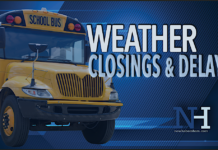