The Demorest City Council voted to approve amendments to their alcohol ordinance at their Aug. 3 meeting. No citizens spoke for or against the amendments during the public comment portion of the meeting.

These amendments include allowing business owners who live outside of the city to apply for alcohol licenses, allow businesses with alcohol licenses to serve alcohol off-premises with a permit and would make the downtown Demorest area on Georgia Street an entertainment district.

Previously, the city only allowed business owners who are Demorest citizens to apply for an alcohol license, making the process much more restrictive than most cities. The amendment changes the ordinance to allow citizens of Habersham County, not just Demorest, to apply.

The off-premises amendment will allow businesses with alcohol licenses to serve alcohol off their business’s premises with a permit. The amendment was requested by Piedmont University, according to City Attorney Thomas Mitchell, to allow alcohol to be served at special events on campus. Piedmont has been a dry campus since its founding in 1897, with the exception of the Piedmont Village dorms that were built in 2015.

The purpose of redistricting the downtown Demorest area on Georgia Street as an entertainment district would be to encourage pedestrian traffic and patronage of local business, according to the city attorney and the Demorest Downtown Development Authority. The entertainment district would also allow open-container alcoholic beverages within the desginated area, as long as they are in a clear plastic cup from a Demorest business. 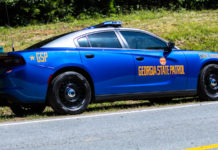