We’ve enjoyed the night song of the Eastern Whip-poor-will for several weeks now. To be honest, there’s probably more than one. When the temperature goes down to 65 or so, we like to sleep with the windows open, listening to the night sounds of birds and crickets. It’s been relaxing.

I’ve never seen a Whip-poor-will personally. I doubt many birders have, because Whip-poor-wills tend to pass the daytime quietly and out of sight. And as they become rarer in the United States, fewer of us will be able to enjoy their night call.

Listening to their songs made me wonder about them so I did some reading. They tend to be monogamous and mate twice during the breeding season. Each time produces two eggs. They don’t nest in the trees or build a nest at all. Instead, Whip-poor-wills lay their eggs on the ground in leaves, leaving the eggs somewhat vulnerable to predators like coyotes, dogs, cats and snakes. If a predator is near, one of the parents tries the “broken-wing technique,” pretending to be hurt and disabled to draw the predator away from the eggs.

I read somewhere that the newborn chicks learn to fly pretty quickly––a necessary skill to protect their lives. Sadly, many die before even hatching because of that vulnerability on the ground.

So, why am I going on and on about Whip-poor-wills? The other night as we listed to its night song, we heard a horrific scream that seemed to go on for some time. We could identify it as distress from some kind of bird. Because the Whip-poor-will became silent during the time, I assumed it must have been attacked. I will admit that the cries were unnerving.

I do know that I cared deeply. I’ve been noodling on what we heard for several days now, wondering why this event has been emotionally difficult for me.

And no, I don’t think it’s related to being overly quarantined for months now.

I think that, on some level at least, the Whip-poor-will’s song had connected me to the bird. I had been allowed to be a part of its world, however briefly. I felt connected enough to mourn what I thought had happened.

I read in a book years ago about a father going through deep grief over the sudden death of his son. When he told a priest about feeling like God didn’t understand his grief, the priest reminded the father that God had loved the man’s son even before the boy had been born, and that God had grieved the son’s death along with the father.

I’m not comparing mourning for a bird to the grief of a father. Please don’t hear that. I do know the grief of losing a parent and a sibling and an unborn child. But, in that moment of mourning on my part, I recognized that God mourns for all of His creatures who meet an untimely death, who struggle to survive, who are abused. God cares.

And for me, that’s enough to hang on to. 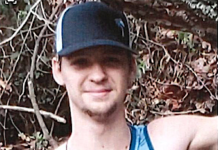 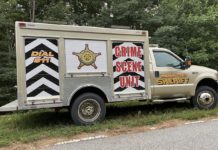